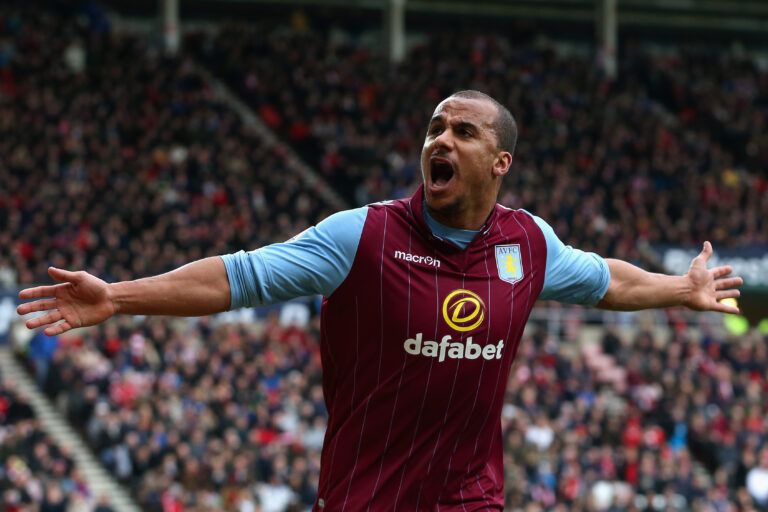 SPORF has once again teamed up with partypoker and Gabriel Agbonlahor, with the Aston Villa legend giving his predictions ahead of the latest round of Premier League fixtures.

Here’s what Gabby thinks will happen during the weekend ahead:

GA: “Aston Villa versus Wolves is my game of the weekend. It’s a local derby and always a feisty encounter.”

“Last season, Villa got the better of Wolves. This season will be an even tougher game.”

GA: “A game where Liverpool should be winning if they want to continue their title challenge.”

“Watford will make it hard as they have done all season at home, but I’m backing Liverpool to win this game 2-0.”

GA: “Leicester will try and make it hard for Manchester United at home. But, with the likes of Ronaldo, Pogba and Sancho, I’m backing United to win the game by two goals to nil.”

GA: “This is a game that Burnley dread – going to the Etihad Stadium.”

“Manchester City like to score a lot against Burnley in this fixture, so I can see the same thing happening again. I’m going to go for a 6-0 win for Manchester City.”

GA: “This is a game which I expect Brighton to win. They’ve started the season off in tremendous form.”

“Norwich are struggling to find points. My prediction for this game is 3-1 to Brighton.”

“I think it’s going to be a game of many attempts on goal, and I’m going to go for a 2-1 win for Southampton.”

GA: “This is going to be a great game of football. Brentford have gone toe to toe with any team they’ve played this season, and will do the same against Chelsea.”

“My prediction for this game is a 2-2 draw, and Ivan Toney to get two goals.”

GA: “This is a game which Newcastle need to go into and look to win the game. Spurs can be good on their day, but sometimes can play poor football.”

“I’m going to go for a Newcastle win by two goals to one.”

Our SPORF/partypoker competition is still open for entries, and you could win one of four places in an exclusive online poker room with Gabby Agbonlahor himself.

The winners will also have the opportunity to be on a video call with Agbonlahor throughout the game, and there is a prize of £1,000 up for grabs for the winner of the tournament on the night!

All you have to do to enter is sign up to partypoker via this link to have the chance of winning this excellent opportunity to play against an England international.

You must sign up to partypoker by October 22 in order for your entry to count. The game itself commences on October 28 at 7pm UK time.

The Terms & Conditions for this competition can be found here.