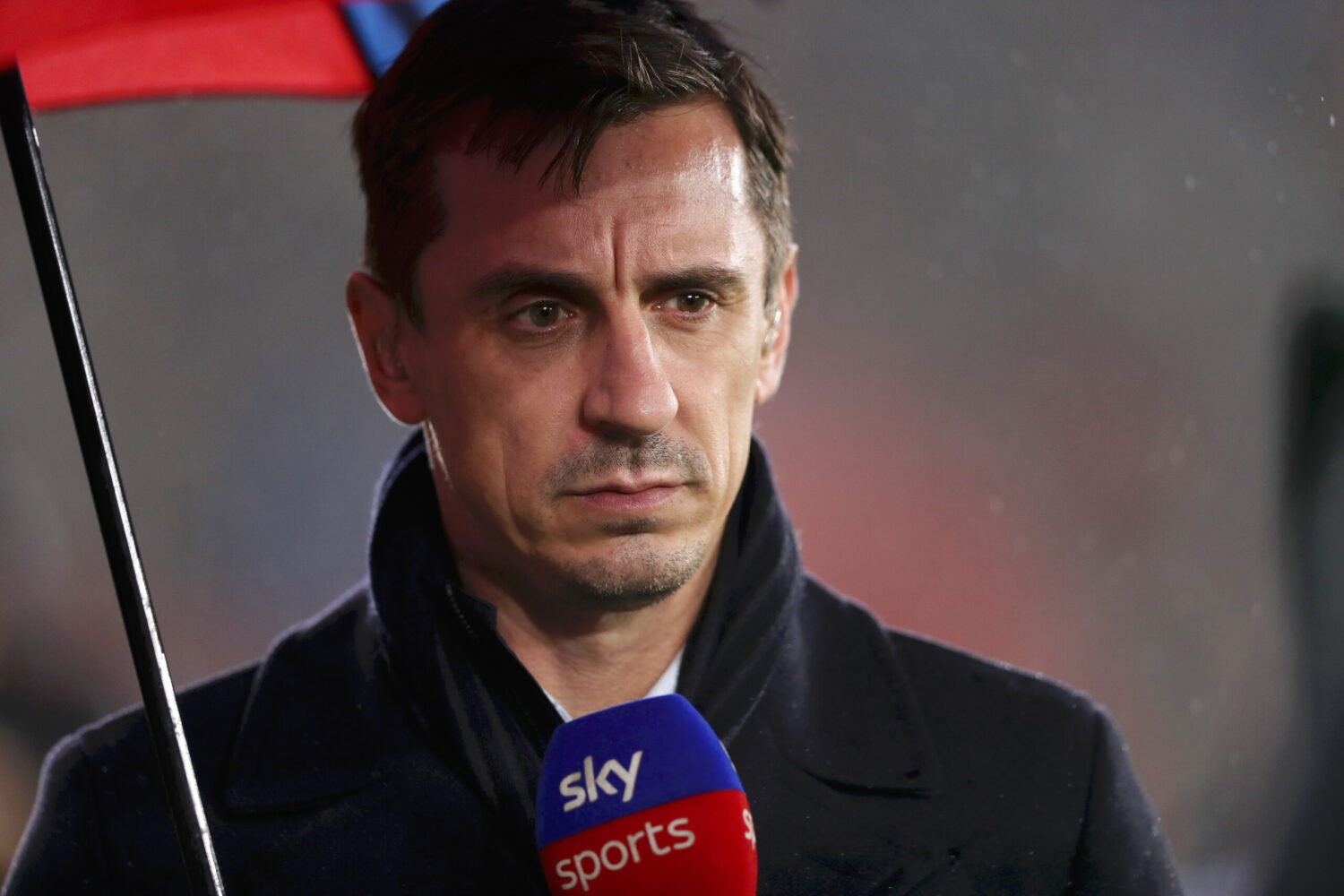 It’s no secret that United’s transfer strategy, or lack of, has been a particularly touchy subject among fans.

Since Sir Alex Ferguson called it a day, the club hasn’t come close to the heights it had been used to for so many years, and much of that has been down to catastrophic decisions in the transfer market.

After Bruno’s arrival, fans could have been forgiven for thinking the club may have turned something of a corner – however with only Donny van de Beek being brought in so far this summer, it feels like more of the same.

As teams around strengthen, Gary Neville has hit out at the years of poor management and warned that this season is likely to be another frustrating one.

“I think the recruitment has been better and more precise in the last 18 months,” he said on the Gary Neville podcast.

“But there is still that issue of not being able to get the players over the line quickly enough, in the building, with the squad, to get that team ready for the start of the season.

“And then you end up with that on Saturday and what that does is make them weaker, because now clubs who they are wanting players off will be looking it and thinking, ‘we will relax because they are going to come and knock on my door, they are going to have to’.

“And that is the problem Man Utd have got – they have not got the authority and control in the transfer market.

“The people who are hearing these words and seeing them, they will not like it. But they have got to hear it, because they are not doing their jobs. The football players on the pitch did not do their jobs, the manager is going to get accused of not doing his job.”

“And that is a problem, that is your job – to build a football team to win the league and they have not been able to do it. And they have to find a way of doing it quickly as these years are going to drag on.

“You have seen Liverpool, we are going to see Man City on Monday night, we have seen Chelsea, not quite at their best, but they are investing and they have young players coming through.

“Man Utd have got to see the danger signs here – they could end up in fourth or fifth again if they are not careful and last season was a step forward.

“That should have been the moment, Covid coming, economic uncertainty, United step up and drive the market forward, deal with the players, make a stand, get the squad in place and send a message to Man City and Liverpool that we are coming for you and now they are on the back foot and they have to do their business in the next couple of weeks.”