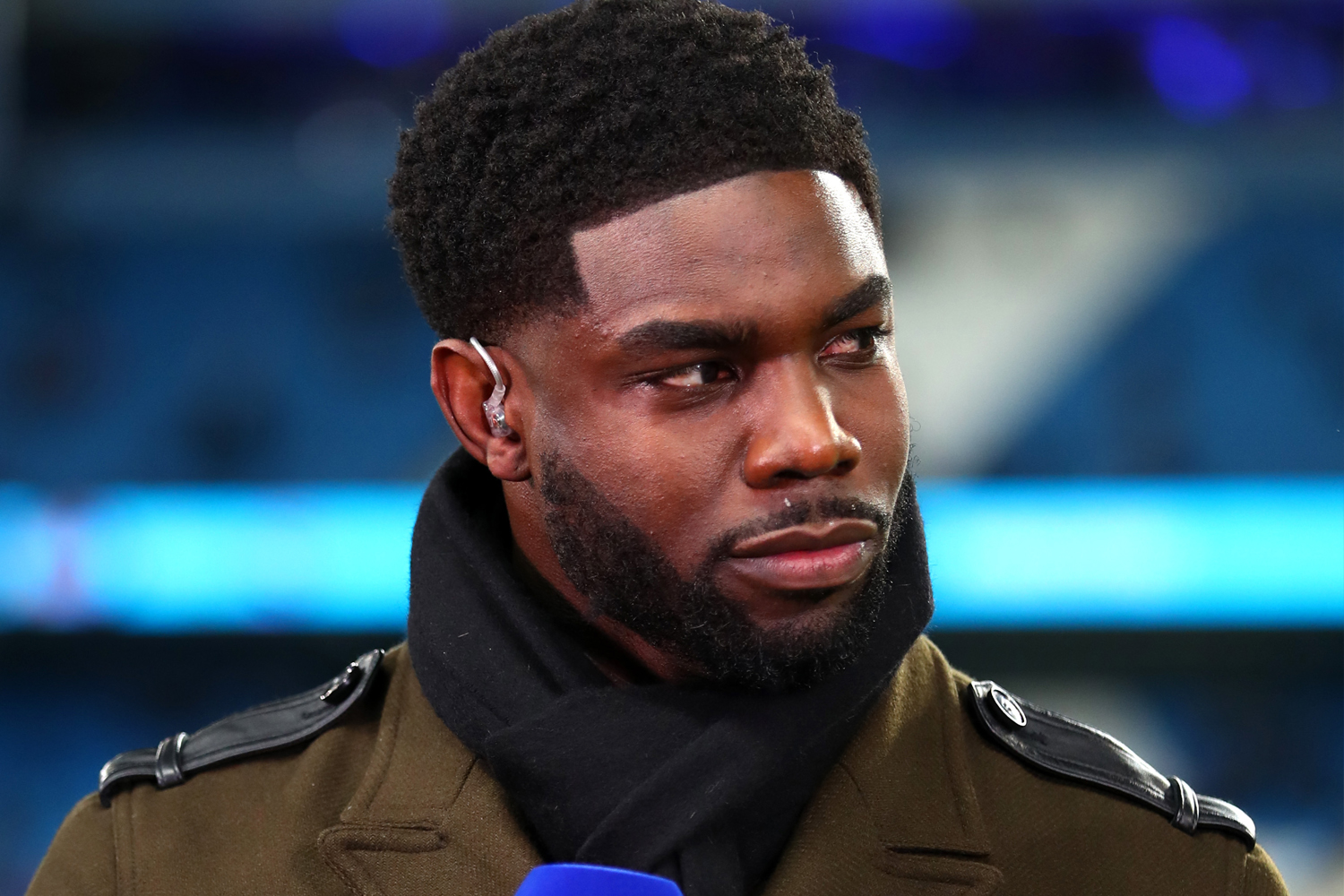 Since stepping into punditry, Micah Richards has been a breath of fresh air, quickly becoming one of the most popular personas in Sky’s lineup.

Sadly there are still a section of archaic viewers seemingly unable to accept anyone on the lineup that isn’t a middle-aged white man, who have claimed that Richards has only been added due to the BLM movement.

On Monday Night Football the ex-City defender spoke about the movement and addressed the criticism he had received on social media in a poignant, yet extremely depressing segment.

“I’m in a privileged position and I did this through hard work. And the hard work that I’ve put in is not going to be tarnished,” Richards said.

“I’ve got people on Twitter, people on Instagram, ‘Oh, Micah Richards is only on because of this whole Black Lives Matter movement’.

“But I’ve had conversations with corporations that I’ve worked for way before this.

“And now I’m getting tarnished with the same brush, ‘He’s only on TV because of Black Lives Matter’ – which is disheartening for me.

“Because I put in the work, I work every single day at my craft. I’ve been a professional footballer, I’ve won a Premier League, I’ve played at the highest level… and I’m still getting stones thrown at me.

“So if I’ve got to fly the flag, people want to thrown stones at me – I’ll happily take it. Because I know, I put in the work.”

? “I’m in a privileged position and I did this through hard work. I’m getting tarnished with the same brush he’s only on TV because of Black Lives Matter and it’s disheartening.” @MicahRichards passionate words about #BlackLivesMatter ? pic.twitter.com/wZTak7wOWH

The Premier League winner also went on to defend fellow pundit Alex Scott, who has faced similar backlash after being linked with a presenting role on A Question of Sport.

“Alex Scott is incredible. She’s one of the best I’ve ever worked with and it’s even worse for her because she’s a woman, and she’s seen as black as well.

“It’s double jeopardy. She’s in a worse position. She is honestly one of the best pundits I have ever worked with and all you see on social media is: ‘Why is a woman working in men’s football? She doesn’t know.’

“She’s played however many times for England, she knows football inside out and more than most people, and to see the abuse that she gets just because someone’s left their job or not had their contracts renewed, it’s disheartening to see.

“But, at the same time, it just shows we’ve still got a problem and it’s that awkward conversation we all don’t want to have but we’ve got to have the conversation.”

? “She’s one of the best pundits I’ve ever worked with. All you see on Twitter & Instagram is what is a woman doing working in mens football. She knows football inside and out more than most people”@MicahRichards speaking the truth about @AlexScott ? pic.twitter.com/3q4H9M5f9H

The discussion started as a result of comments made by QPR director of football, Les Ferdinand, who said his side didn’t take a knee at the weekend as it had become a token gesture.

Richards once again discussed the point quite brilliantly, agreeing that there was a clear need for further action, though if taking a knee even made a difference to one person, it’s worth it.

“Even if kneeling changes just one person’s mind, I still think it’s the right thing to do.”

Micah Richards gives his thoughts on Les Ferdinand’s statement and taking the knee in support of #BlackLivesMatter. pic.twitter.com/h26LzXjC8Z

Honestly, imagine not thinking this guy shouldn’t be in the job. We’re used to seeing his infectious, upbeat side but on the serious subjects he offers a measured and genuine insight that’s genuinely fascinating to watch.