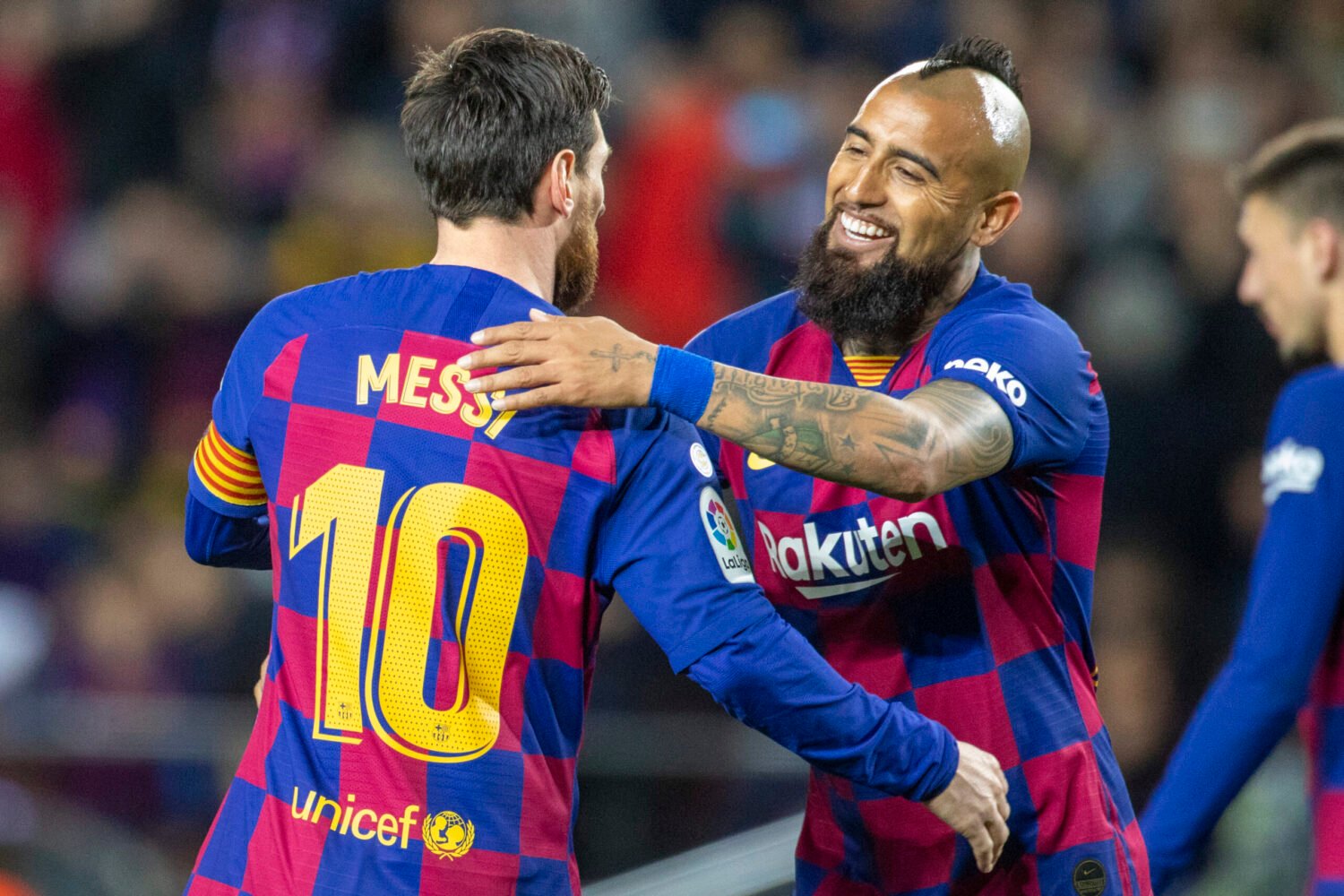 As Arturo Vidal looks set to complete his move to Inter Milan, Lionel Messi has a posted a heartfelt goodbye to his soon-to-be-former Barcelona teammate.

The Chilean midfielder flew to Italy on Sunday to finalise his transfer which is reportedly going to cost around €2million.

Taking to Instagram Messi wrote of his admiration for Vidal.

“I only knew you from when we played against each other and I always thought you were a phenomenon,” Messi wrote alongside a picture of them both at Barca’s training ground.

“But later I had the chance to get to know you personally and you surprised me further still. We have shared many things these two years and you made your presence felt greatly.

“The dressing room is going to miss you.”

“I wish you all the best in this new stage with your new club. We will meet again, I’m sure.”

Inter took to Twitter last night to confirm that Vidal had landed in Milan, with the move expected to be completed in the coming days.