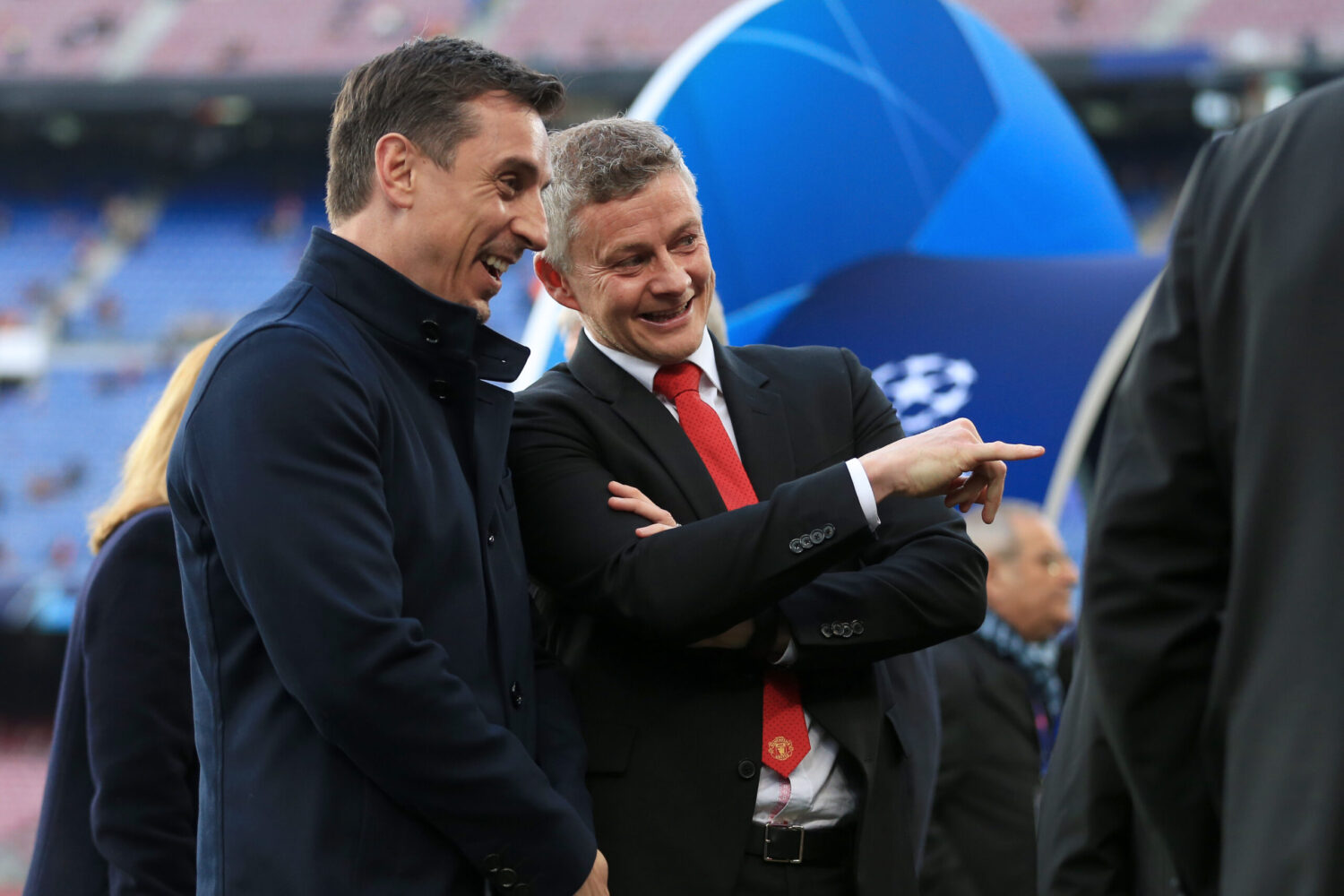 For the first time in a long time, United fans have reason to be excited about the future at Old Trafford.

Admittedly, a large chunk of that is down to the arrival and impact of Portuguese talisman, Bruno Fernandes – but Ole Gunnar Solskjaer is building something that resembles an identity for United again, one that has been missing since the day Sir Alex Ferguson left.

That being said, the squad is definitely a work in progress, as the final few games of the last campaign showed.

Fans will be hoping Solskjaer is given the resources he needs to turn his side into title challengers again, and with the club set to announce the signing of Dutchman Donny van de Beek from Ajax, it’s definitely a step in the right direction.

Speaking to Sky Sports, Gary Neville has insisted that four or five signings still need to be made to truly bring the squad up to scratch, highlighting the positions where United need to strengthen.

“They have to sign a world class centre-back. For me, another midfield player. I also think a right winger, a centre-forward and you have to look at left-back because of Luke Shaw’s injuries and the fact he has obviously been in and out of the team in the last two or three years.

Neville also spoke about the impact that Mason Greenwood had in his breakout season, saying that it may have taken a little pressure off the need for a forward, though it was still an area they needed backup.

“We saw that with Greenwood, Martial and Rashford towards the end of the season. They were driving each other to score more goals, assist each other, they were playing better together so other players coming in of that kind of quality are going to improve them.”