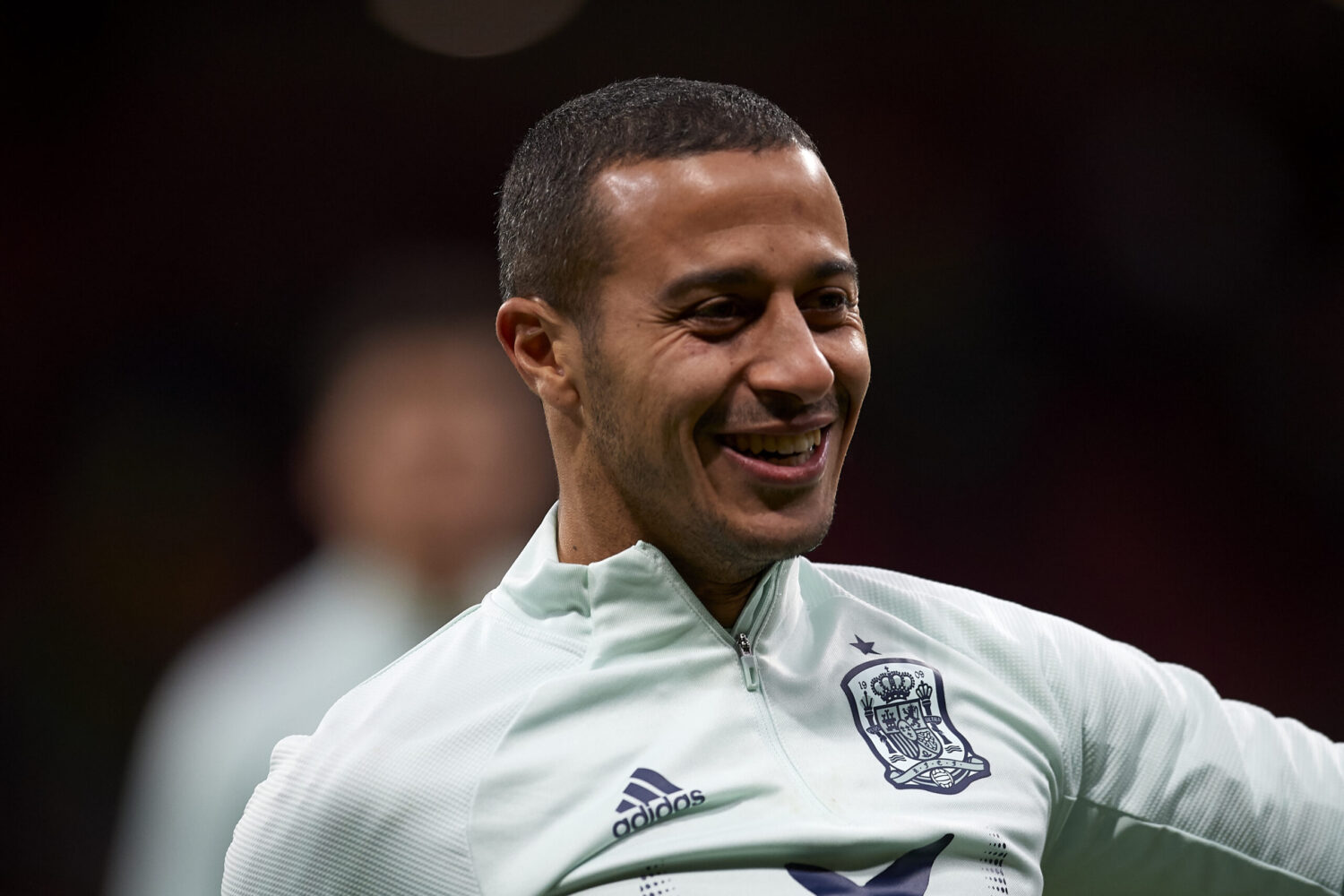 Thiago is one of the most in-demand players in the world right now, with Liverpool and Manchester United both heavily linked with the playmaker.

After winning his second Champions League 10 days ago, the Spaniard looks set to draw a close to his seven-year stay with Bayern Munich, and the Premier League is looking like the most likely destination.

Right now though, Thiago is away with the Spanish squad – and just to add fuel to the conversation over how good the 29-year-old actually is, the official Spain Football Twitter account has shared a clip of him in training.

The video captures him pinging balls to and from his teammate Rodri, effortlessly catching the ball on his chest and pulling off that Zidane-esque Cruyff turn as the ball drops from the sky.

It seems Liverpool remain favourites to sign Thiago, especially with United looking set to complete a deal for Ajax’s Donny van de Beek in the coming days. No doubt he’d bring a fresh creative element to Klopp’s side who were so dominant last time out.