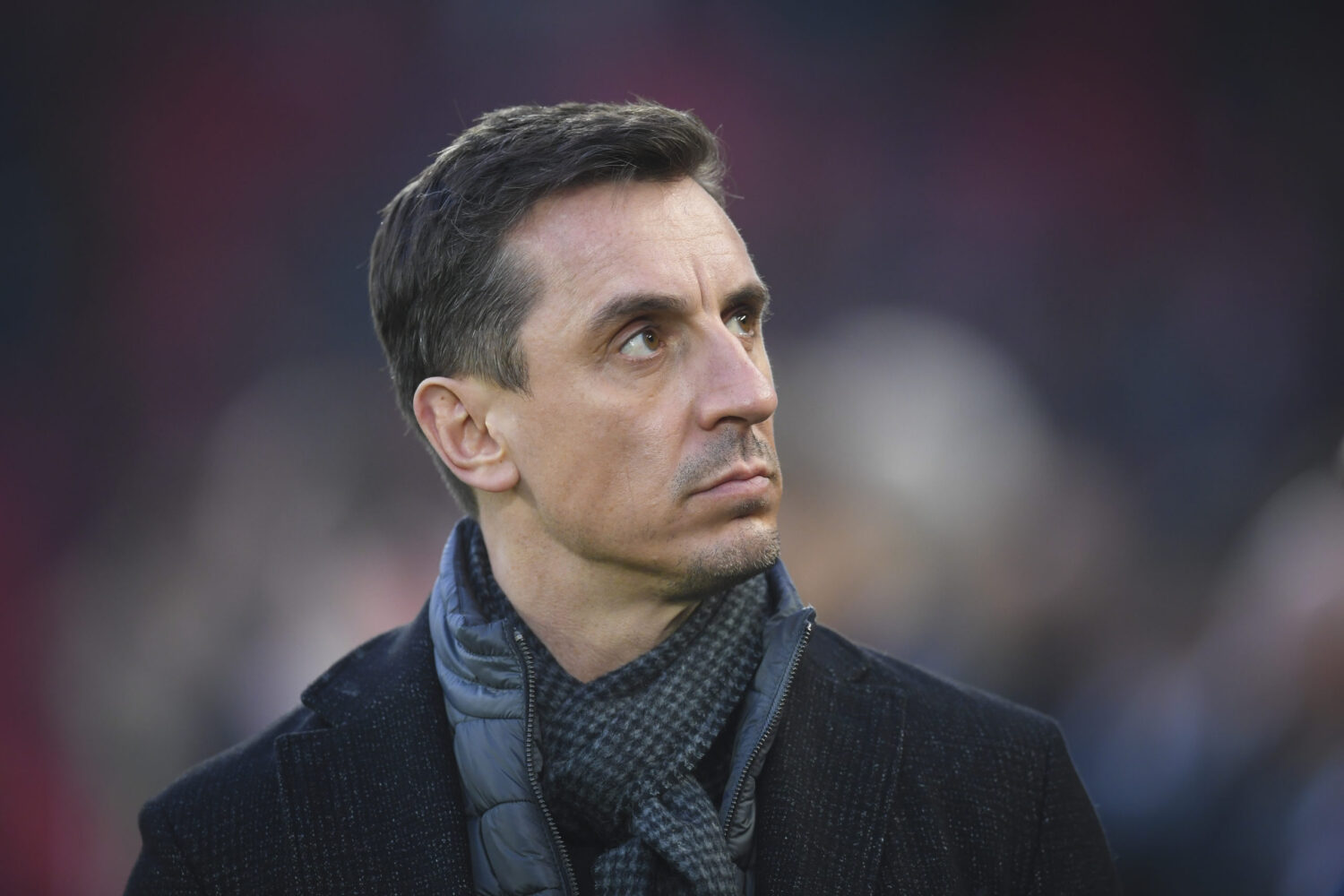 The Premier League has been suspended at least until April 30 at the earliest due to coronavirus crisis and opinions are being fired left, right and centre as to what should be the immediate course of action.

Will the league be completed? What about Liverpool and teams battling relegation? What about the finances of the small clubs? How about the transfer window and player contracts?

Gary Neville has been leading by example in this difficult time by opening the doors of two of his hotels to NHS workers.

In a recent tweet, he also chipped in with his two cents with a proposed 5 point plan to save the season.

1. Finish this season in a short time frame when safe

Despite being an ex-United player, Gary is in favour of finishing the season. Full marks to his sportsmanship because that could mean Liverpool eventually getting their hands on the eternally coveted Premier League.

Best decision in the interest of the sport as it solves all the doubts regarding champion, relegation, promotion, European qualification spots, club finances and an endless checklist.

The league is set to resume in early June best case scenario but it is uncertain when it will be ‘fully safe’ for normal business to resume.

Extension beyond June would affect next season and in that case I’d suggest scrapping this season as maximum leeway had been awarded to complete unfinished matches. That would also be the easiest administrative decision to execute.

2. Condense next season if needed

Not quite sure about that one chief. It’s only sensible that the current season is finished by completing all the matches or by declaring it null and void before scheduled opening of next season on 8th August.

Maximum efforts can be made to finish up the pending matches with a very short break before the 20/21 season begins.

Even if the next season is somehow condensed, it would mean lesser time for newly promoted teams to settle in and survive relegation again, shorter time than usual for a team to prove its consistency at the top of the table to become champions and lesser time for players to recoup from injuries.

Letting the tardiness of the current season to spill over into next season doesn’t seem sound.

3. Transfer window open until summer of 2021

Gary claims that a fluid transfer window would give the smaller clubs especially the time to work out the impact and adjust accordingly. “The flexibility to trade up and down is going to be imperative to allow clubs to survive”, he added.

It is obvious that the transfer window dynamics will have to be promptly reworked. One can hope the authorities are proactive and exhaustive in their approach unlike in the case of the mess that plagued the Premier League much before COVID-19 that is VAR.

If fixtures do continue past June then any players out of contract at the end of the season are in effect ‘free agents’ and they would not be under a contractual obligation to attend training or play for the club.

This would mean clubs potentially losing players and not having the liberty of signing new players. Hence Gary suggests coinciding the contracts with the season finish whenever that might be to protect the clubs from certain exploitative players and agents.

It has also been reported that FIFA and the FA have been considering a temporary ‘quick fix’ and they have been exploring the possibility of granting special dispensation for short-term rolling contracts, should this season extend beyond 30 June.

This could be the most critical aspect of this mayhem. It’s the teams at the lower rungs that face the brunt of this pandemic.

In the best interest of the sport we all play, watch and love, it’s the responsibility of the authorities to protect the lower league clubs, small clubs and non- league outfits to ensure they don’t go bankrupt and are provided with at least bare minimum floating relief. Even loans to be repaid with interest could be extended if not grants but resources in hand is the need of the hour.

It’s a tricky predicament as we all want to see the ball rolling in noisy stadiums at the earliest. However, pushing the players in too soon would be unnecessarily risky.

Playing the games behind closed doors would be a soulless exercise.with government needing to sanction presence of emergency crews which are critical resources better used elsewhere in current times.

For now, it’s important we all stay safe, follow all the necessary precautions and handle this situation very seriously. Football will be back soon and let’s stay strong, positive and six feet apat while we wait this pandemic out.