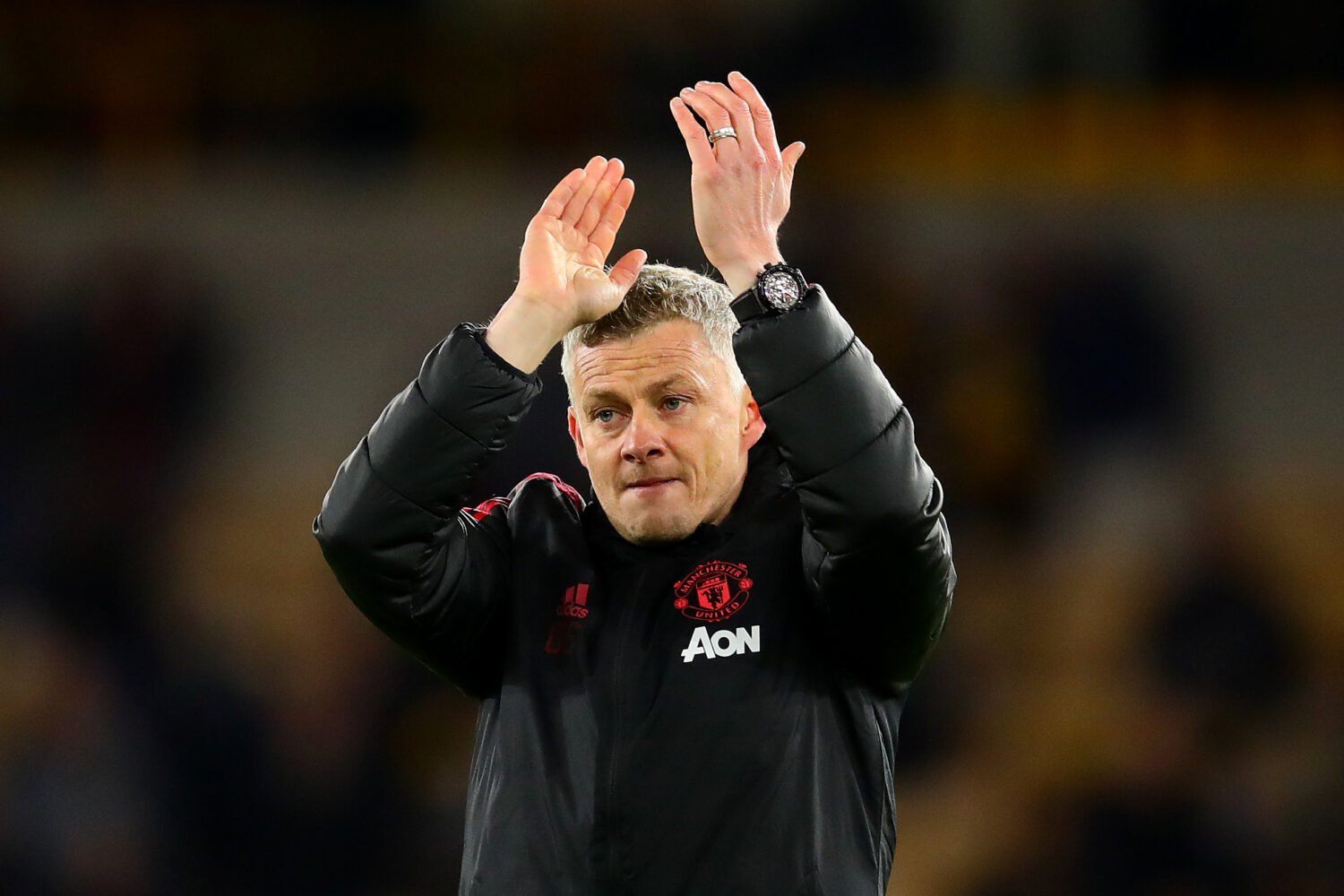 With a full year under his belt at Old Trafford, now seems as good a time as any to look back on Ole Gunnar Solskjaer’s somewhat unlikely time at the helm of United.

We’re under no illusions – Manchester United are still miles off where they want and need to be – but given the side that the Norwegian inherited, that was fairly inevitable.

For the first time in a long, long time though, United are a club that seem to possess something that resembles a long-term plan.

Not only that, the squad appears to be rebuilding some kind of identity on the pitch.

Solksjaer made no secret of his desire to replicate the explosive, counter-attacking football that he was part of under Sir Alex. Without real creativity or quality in midfield, that was restricted to happening in dribs and drabs.

Step In Bruno Fernandes, a man who has immediately endeared himself to United fans and someone who could be the real catalyst for change on the red side of Manchester. Why that signing wasn’t wrapped up before the start of the season, begs a bigger question of those above Solksjaer – but that’s a debate for another time.

Success in the transfer market

It’s an area Ole has excelled in comparison to his predecessors, whatever your opinion on his managerial capabilities – that is simple fact.

Every signing which has been made during his tenure has significantly improved the squad. The clean sheet record since Aaron Wan-Bissaka and Harry Maguire, a man already donning the captain’s armband, were brought in speaks for itself.

Not only has Wan-Bissaka solved a defensive position that has been an issue since, well, since Gary Neville left – his attacking qualities have also come on leaps and bounds.

As for Maguire, after a shaky first few weeks, United finally have a commanding centre back capable of leading a team, hopefully into a new era.

Dan James has admittedly tailed off in terms of goals, following his instant impact, though his work goes far beyond simple stats. James has simply fallen victim to burnout, his playing style relies on being explosive and isn’t one that can be called upon week after week. There’s no doubting once the transfer window does open, an extra figure to slot into that front three will be a priority – we’re looking at you, Jadon Sancho.

We’ve already touched on Bruno’s early influence. Player of the month in his first season and performances that go some way in proving that the hype is very real. Before his arrival we watched United dominate possession time and time again against lower-table sides without ever looking capable of breaking a stubborn defence down. It was mind-numbing at times. Finally, it seems they have someone who can find those defence-splitting balls.

Working with what he has

One of the most efficient finishers to play the game, the prospect of Solksjaer working alongside Marcus Rashford was certainly a bonus factor that came with his appointment.

It’s always been clear that Marucs was destined to be a very special player, though that raw talent had often been let down by a lack of composure in front of goal. One glance at the numbers he was racking up before his untimely injury and it’s clear that element of his game was evaporating.

With the left side of the front three firmly nailed down as his own, Rashford looks set to fulfil every bit of potential we’ve known was there for some time.

Fred’s Renaissance is perhaps the biggest achievement under the manager’s belt – a player who looked lost less than a year ago, has become an essential engine in the centre of the park.

Last year the Brazilian looked bereft of all confidence, second-guessing any decision when the ball was at his feet. All of a sudden he’s become essential in the defence-to-attack transitions, actively asking for the ball from the back four throughout the game and explaining why he was one of Europe’s most in-demand midfielders at the time of his arrival.

With 14 goals to his name this campaign, Mason Greenwood is already staking a claim for a spot in the starting 11.

Greenwood has more than repaid the faith Solksjaer showed in him – and it’s easy to see why so many people connected to the youth setup have sung his praises for so long.

Brandon Williams’ early performances in the first team have offered a promising starting point too. While his temperament may need a little work, it’s that edge that has won over fans since breaking into the senior squad.

I like Brandon Williams. What I like about him specifically is he has that look in his eye of someone that would eat his opponents nose to win the match. Keep going kid! Oh he can play football to which is always a bonus ??

Blending youth with tactful signings is a clear sign that the long-term is being taken into account – an approach which the club has so desperately needed for so long.

This football club lost its way a long time ago, Solkjsaer is the first manager since Ferguson who has instilled some kind of identity into his project. In fact, in the few weeks before this season’s postponement, watching United, dare we say it, became fun again. A connection between fans and players, that hasn’t been felt for a long time is slowly returning.

If the club are successful in their pursuit of Sancho, a front three made up of him, Rashford and Martial – with the service of Bruno Fernandes – there’s an attacking threat which can compete with any in the league. Combine that with a far-more solid back four and there’s plenty to be positive about – Solksjaer deserves a lot of credit for creating that.

Will he be in charge of United for years to come? Next season will be the real sign of things to come.