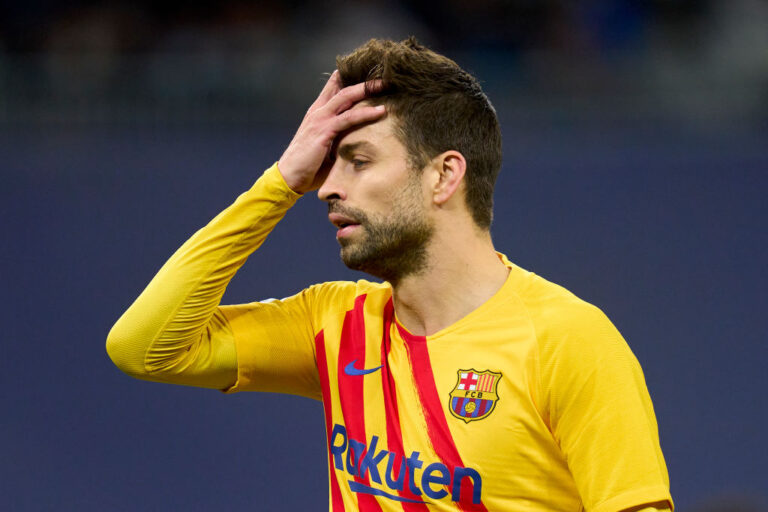 Barcelona defender Gerard Pique is at the centre of some stunning reports from Spanish newspaper El Confidencial.

The news outlet has released a report claiming that Kosmos, the company co-founded by Pique, helped RFEF President Luis Rubiales move the Spanish Super Cup to Saudi Arabia. The report claims that Pique, acting in his role as president of Kosmos, was promised €6 million in commission for his work.

According to the same source and reported on by Marca, their secret negotiations included pressuring Saudi authorities to pay millions to the Spanish FA and other groups to host the annual event.

Gerard Pique’s company at the centre of an alleged scandal

The plans allegedly started back in 2018. The Barcelona defender reportedly proposed that the Spanish Super Cup should expand to four teams with semi-finals and a final. This would apparently increase the money-making value. In addition, playing the games at either the Bernabeu or Camp Nou was originally suggested.

The report claims that Pique and Rubiales worked together to demand €24 million from Saudi Arabia to host the competition. Officially, back in 2019, Rubiales said that Kosmos – not Pique – initiated talks with the kingdom. He added that RFEF did not pay Pique’s company directly.

He said: “There is no commission agent at all, and at no time. At least, on our end.”

In addition, Marca has now reiterated that a commission was not charged to the RFEF. That means Kosmos did not make any money from the federation directly.

Leaked audio from the El Confidencial report reveals Pique telling Rubiales that they could push Saudi authorities for extra money.

“Look, Rubi [Rubiales]. If it’s a money thing, Real Madrid would accept 8 million man. You can do 8 million for Madrid and 8 million for Barca,” Pique said (quotes via Marca).

“You can do 2 million and 1 million for the other two. And the federation (RFEF) could stay with 6 million. And we can push Saudi Arabia for an extra 1-2 million.”

Once the deal was finally complete, Saudi authorities agreed to pay RFEF 40 million euros every time the Supercopa took place in the Gulf state. In addition, Pique’s company Kosmos would get 4 million euros a year, as per the El Confidencial report.

In addition, further leaked conversation undeniably shows how grateful Rubiales was for Gerard Pique during talks.

“Geri! Congrats. And not for your game yesterday or your goal,” said Rubiales.

“It’s past 12, which means that the deal with Saudi Arabia is signed. Thanks for everything. I’m here for whatever you need. A big hug. Take care.”

RFEF moved the Spanish Super Cup to the kingdom in 2019 on a 10-year deal. Although very lucrative for the Spanish FA, the move has been quite unpopular.

However, that hasn’t stopped the kingdom from hosting Formula 1 races, football, WWE, and boxing matches on the world stage. Critics claim that Saudi Arabia are ‘sportswashing’ – attempting to make a cleaner public image of a sporting nation to cover up the human rights issues.

The lack of thought for fans also caused frustration at moving the Spanish Super Cup to the Gulf region. Moving a tournament thousands of miles away from most supporters is not fan-friendly.

In addition, the cost of travel and accommodation and the time it takes to get there are massive. As a result, local fans struggle to watch their team compete for silverware.

Furthermore, this fresh scandal rounds off a bad week for Gerard Pique. That is because, on Thursday, he and his Barcelona teammates were knocked out of the Europa League.