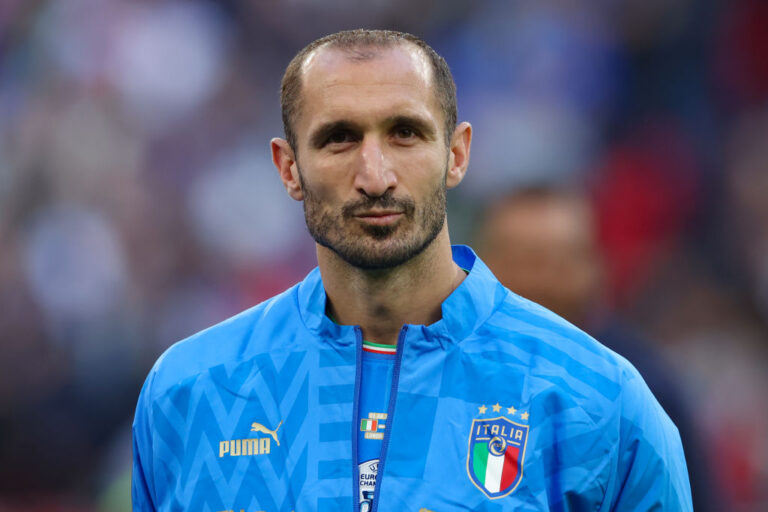 Giorgio Chiellini walked away from Euro 2020 with a smile on his face, a winner’s medal and the disappointment of thousands of English fans who watched him foul Bukayo Saka.

Last summer, Gareth Southgate infected the nation with football fever. The manager had everyone believing that the Three Lions would lift a major trophy for the first time since 1966. And to add fuel to their fire of confidence, Luke Shaw opened the final with a stunning strike within the opening two minutes.

But despite England‘s early goal, Italy’s spirits never wavered. They took over the game, and in the 66th minute, Leonardo Bonucci found the equaliser.

From this point, Southgate’s men failed to put together any momentum, and their rivals looked set to dominate the rest of the fixture. But in the dying seconds of normal time, Bukayo Saka made a break down the wing. He looked to be racing through on goal, when suddenly, Chiellini hurled him to the floor.

The incident left some fans furious, especially after the Italians won the penalty shootout. Some even started a petition to get the opposition captain banned and for the final to be replayed. Others simply recognised it as a vital piece of defending from Chiellini to keep his side in the fixture.

Almost a year on, Chiellini has opened up on the foul in a new interview, explaining why he chose to pull Saka down.

While rewatching the controversial moment, the 37-year-old laughed: “This became the symbol of Euro 2020 as a whole. The most heavily used meme of summer 2021.

“It was probably one of the only mistakes I made during the Euros. It was in the 90th minute, and I’d read the flight of the ball, thinking I could shepherd it out of play when really I could have controlled it.”

Chiellini continued: “But I was convinced I could put my body between Saka and the ball and let it go out of play, but he wriggled round me.

“When he wriggled round from behind and had that space to run into, my reaction was to grab him. And I grabbed him good!”

It was the foul that, arguably, kept Italy in with a chance of winning Euro 2020. And, as we all know, Roberto Mancini‘s side went on to take full advantage.