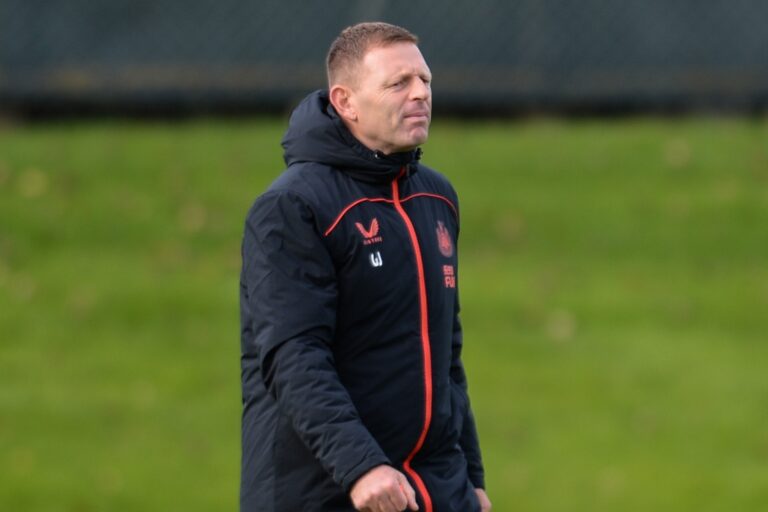 Newcastle United interim manager Graeme Jones has sent out a great rallying cry after confirming he’ll be in charge for two games.

Jones, who joined Steve Bruce’s backroom staff at the start of the year, is now in temporary charge of the first team after Bruce left the club earlier this week. The new Saudi owners of the Magpies will begin the process of finding a new manager but in the meantime, Jones has confirmed that he will be in charge of both the trip to Crystal Palace and the visit of Chelsea.

Two fixtures doesn’t give him a whole lot of time to make an impact but either way, the 51-year-old just seems to be happy with his position and happy to be guiding his boyhood club forward into this new era.

One of their own

During his pre-match interview ahead of the Palace clash, Jones laid out his credentials for the job in fine fashion.

Newcastle United caretaker manager Graeme Jones says he has been asked to take charge of the team for the club's next two matches.

“My ambition is to do the best I can for my football club. I’m motivated in a completely different way to anywhere I’ve ever been because I came to this football club as a four year old with my father, watching Supermac play in 1974/75, I think it was. I was a supporter through the Kevin Keegan era, I know the culture of this football club and whether I was here or I wasn’t, I would still be only interested in their football results. My focus is not on anything other than doing the best I can and making sure everyone else does the best they can for the football club, in the short and long term to get football results.”

Jones will hope to drag the Geordies away from the relegation zone when they head to Selhurst Park for a 3pm kick-off tomorrow.