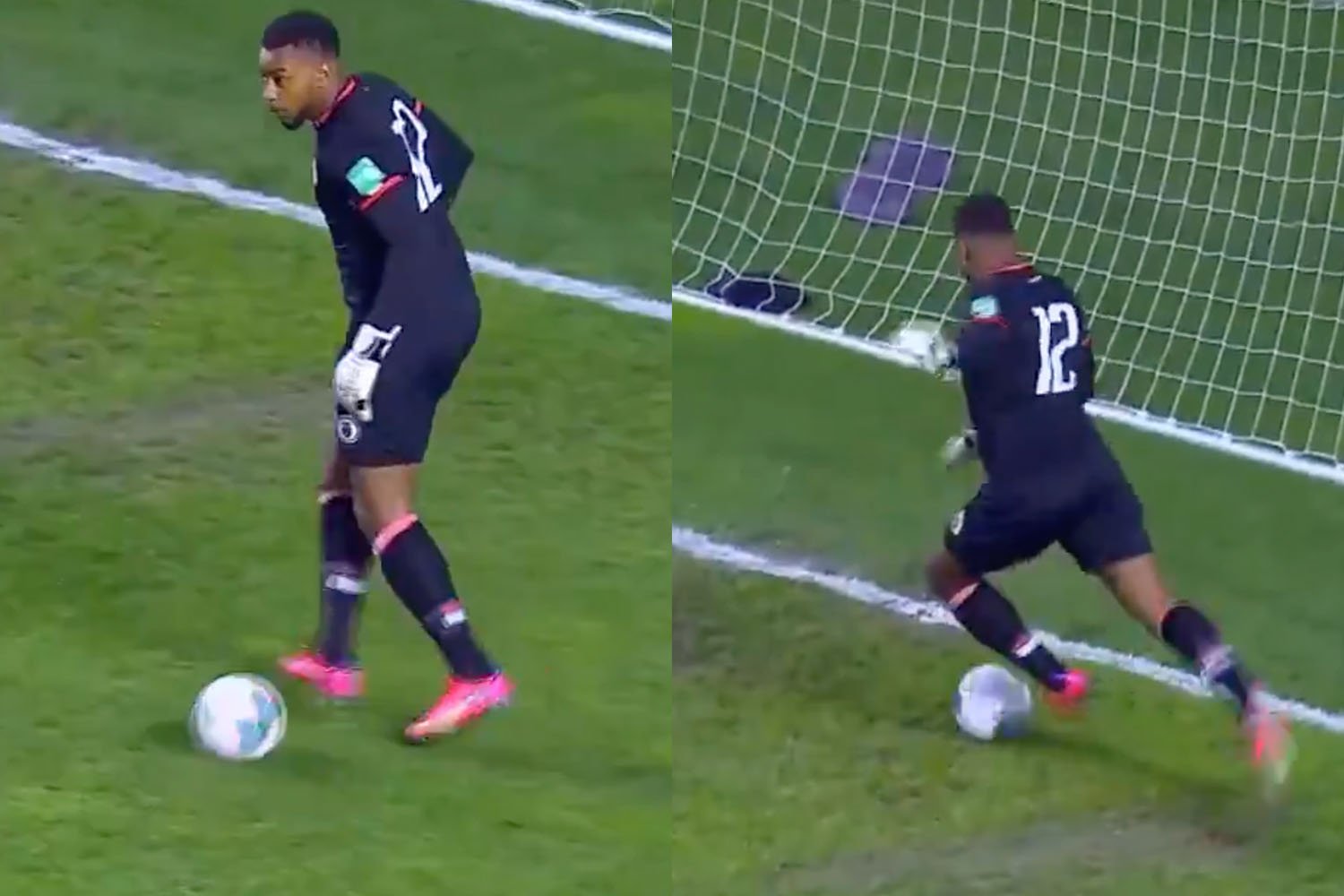 Haiti goalkeeper Josue Duverger scored one of the most unfortunate own goals you’ll see during his side’s CONCACAF World Cup qualifier against Canada.

Haiti went into the second leg of the qualifier 1-0 down, and neither side was able to break the deadlock in the first half.

But that soon changed inside the opening minute of the second half.

Haiti defender Kevin LaFrance played a backpass towards his goalkeeper, which Duverger looked set to take control of inside his own six yard box.

However, he missed the ball completely and it slipped underneath his foot.

Given the slow speed at which the pass was hit by LaFrance, the goalkeeper still had enough time to correct his error and get the ball away from danger.

But that’s when disaster struck. As he pulled his right leg back in order to make the clearance, the ball inadvertently struck his left foot and bounced in.

It was an awful moment for the 21-year-old, who looked understandably devastated to see the ball hit the back of the net.

It is worth noting that, while of course all the attention will be on the own goal, Duverger had made a series of impressive stops to keep the game at 0-0 in the first half, including an outstanding triple save at one point.

Canada went on to win the game 3-0, and in the process qualified for the Octagonal Stage in the quest to reach the 2022 World Cup in Qatar.

The Octagonal Stage consists of eight teams, who each play 14 games.

The top three teams in the group will qualify automatically for the World Cup, with the fourth-placed team heading to an inter-continental play-off round consisting of teams from the AFC, CONMEBOL and OFC confederations.