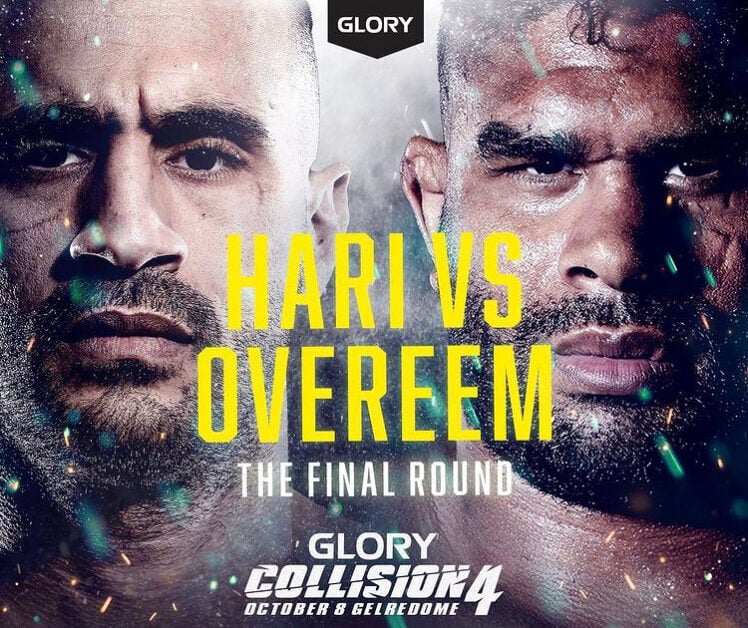 On Saturday night, one of the greatest rivalries in kickboxing history will come to a close as Badr Hari and Alistair Overeem go to war for the final time. And we’ve got all the details of the Hari Overeem UK match start time.

On Wednesday, combat sports fans were rendered devastated when Conor Benn tested positive for performance-enhancing drugs, resulting in the cancellation of his bout with Chris Eubank Jr. But fans needn’t worry, as we’ve got an epic heavyweight match-up that will more than fill the void.

Everybody loves a trilogy, particularly in the heavyweight division. Grudge matches like Muhammad Ali vs Joe Frazier and Tyson Fury vs Deontay Wilder have given combat sports enthusiasts memories that will last a lifetime. And now it’s the turn of two Dutch icons to finally settle their legendary rivalry.

Back in 2008, Overeem laid his opponent out cold with a brutal left hook. But the following year, Hari evened the score with a stunning left high kick in the K-1 World Grand Prix Semi-Final.

And after a decade of waiting, we’re finally going to find out which of these men will claim bragging rights over the other.

The combat sports veterans will square off on October 8 at Glory Collision 4 in The Netherlands at The GelreDome in Arnhem. But before the main event, there’s a plethora of undercard bouts for fans to get their teeth sunk into. The Prelims begin at 5:30 PM, before the main card commences at 7:00 PM, with Hari and Overeem expected to set foot in the ring at 9:30 PM.

In the years since their last encounter, Hari has stayed loyal to his kickboxing routes, whereas his nemesis has explored other opportunities. After winning the K1 World Title in 2010, Overeem focused on MMA and made it to the UFC, beating the likes of Brock Lesnar and Mark Hunt.

However, fans always hoped to get the final slice of this iconic rivalry, and now they’ve finally got it. The UK public can purchase the event via Glory’s website.