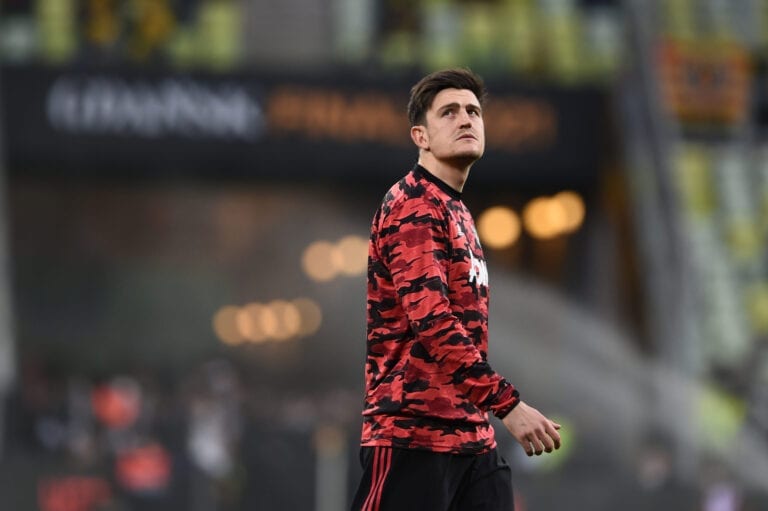 The saga of Jandon Sancho’s switch to Manchester United has dragged and dragged, much to the frustration of their supporters.

Fortunately, it seems that finally the wheels are in motion and the move is basically there, according to football transfer expert Fabrizio Romano.

The switch of the England international from Borussia Dortmund to Man United will not only delight Red Devils fans but also teammates at the club who will surely be readying themselves for greater things with such a top talent among their ranks.

Harry Maguire – who has been in close quarters with Sancho in recent weeks owing to the Euros 2020 campaign – has now spoken out about the possible move of the 21-year-old and what it could mean for Man United.

“Jadon is a top player, exceptional talent, a young lad with a lot of experience,” said the centre-back via Sky Sports.

“His numbers speak for themselves, what he has done over in Germany. He is a great player. I don’t think it is a done deal yet.

“We can’t confirm he is a Manchester United player, I know it is close but he is still a Dortmund player as it stands.

“Of course, it is exciting times ahead and hopefully we will get it across the line.”

Maguire did not stop there with the compliments. He spoke about Luke Shaw and his recent rise as one of the best wingbacks in football at the moment.

Shaw suffered a torrid start to life in Manchester but has since become one of the standout performers – and such performances have even been seen while playing for the Three Lions.

“His ability has always been there,” Maguire said of his defensive partner.

“He has every attribute to be one of the best left-backs in the world.

“The main difference I feel is his mentality in terms of pushing himself and the demands he’s putting on himself to not just be a six-out-of-10 in each and every game, to not be comfortable, to really push on and be himself, and to be the best player on the pitch because there is no reason he can’t do that with all the attributes and ability he has.”