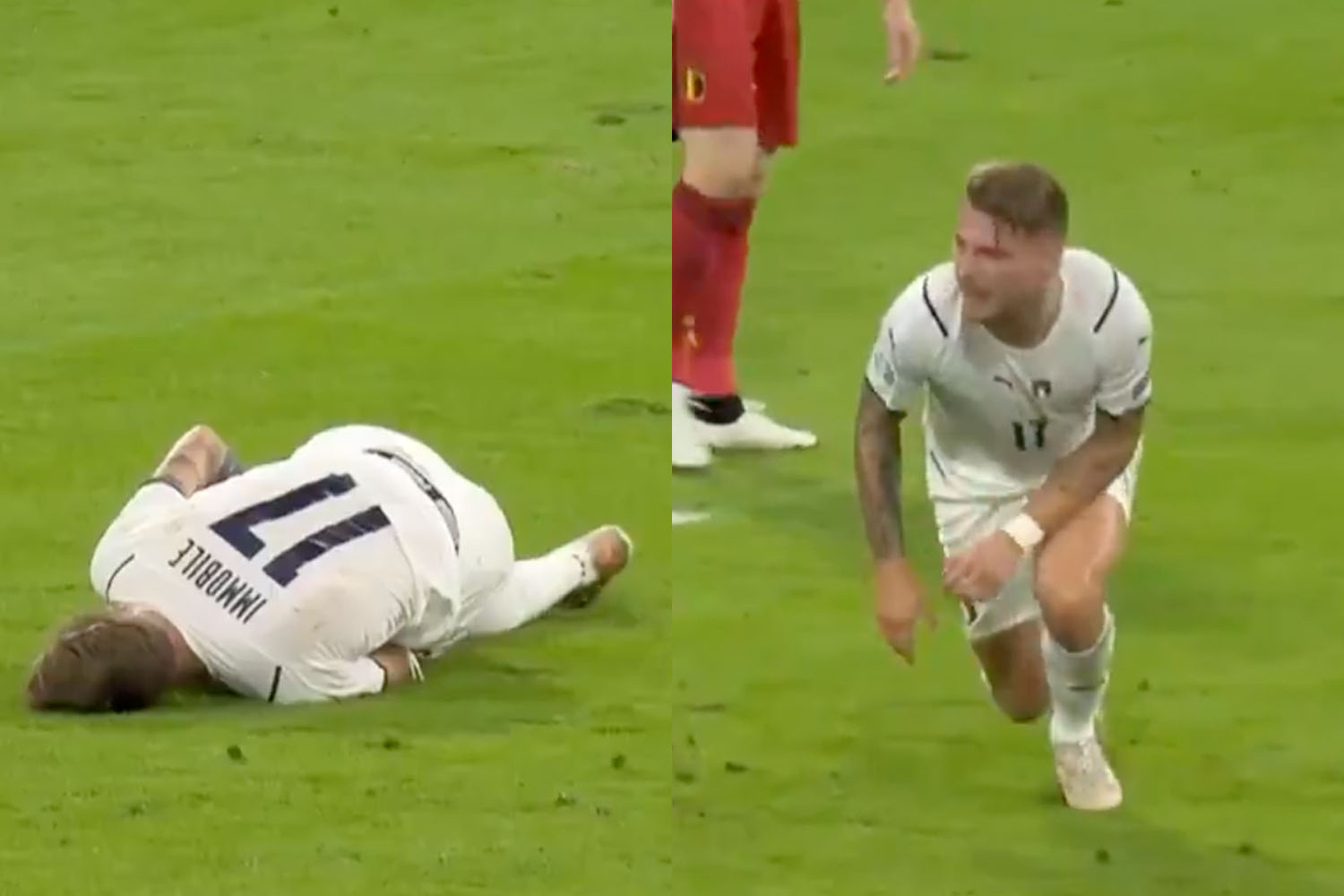 Leonardo Bonucci has offered his own, slightly questionable, take on Ciro Immobile’s sudden recovery upon realising his side had scored against Belgium.

In the build up to Italy’s opener, Immobile went down inside the box was seen writhing around as the play continued around him. Amidst that, his teammate Nicolo Barella showed sublime composure to fire his side in front in the quarter-final.

After realising, the striker quickly rose to his feet to join the celebrations with the rest of his side, leading to widespread criticism from pundits and even being branded “pathetic” by Alan Shearer in the Match of the Day studio.

"I don't even want to laugh at that because that's pathetic!"

Bonucci, however, jumped to the defence of the Lazio forward and claimed that the ecstasy of the goal managed to take away his pain.

“These things happen on the pitch,” the defender said, “Ciro felt contact and he went down.

“The joy and excitement of a goal is so great in matches such as these that it means that you don’t experience any more pain after that.

“But Ciro is a wonderful bloke, he’s a very upstanding man and on the pitch things like this can happen.”

He did go on to hedge his comments by saying that even the Italy squad had mocked Immobile for his dramatics.

“We also had a bit of a laugh about it,” the Juventus man revealed, “We took the mickey out of him but that was the end of it.”

Italy have been one of the most impressive sides in the competition so far, and will be hoping to overcome Spain this evening to set up a meeting with the winner of England and Denmark in the Euro 2020 final on Sunday.