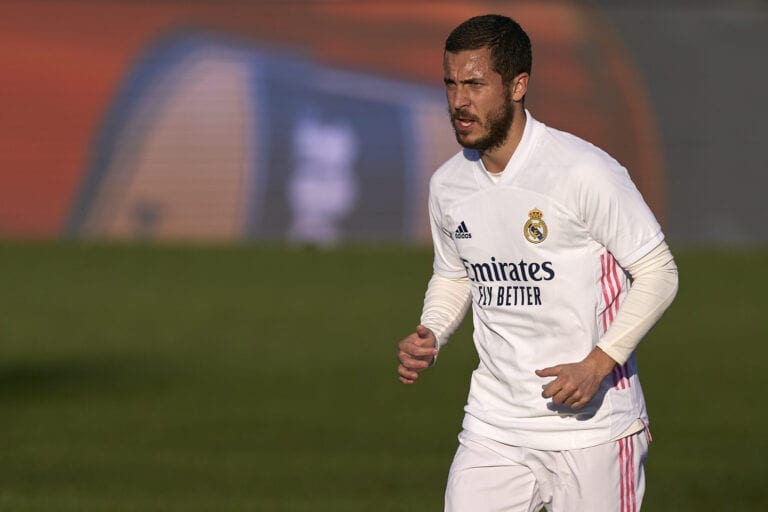 Eden Hazard has explained how three ankle injuries have impacted his tenure with Real Madrid.

When he first signed for the Spanish giants back in summer 2019, the expectations for Hazard were high. Prior to his grand unveiling, the 30-year-old had proved to be one of the greatest talents in the world during his time with Chelsea, leaving fans with plenty of reasons to believe that he could be Madrid’s next big star.

What could’ve been for Eden Hazard?

Alas, fast forward to the present day and the Belgian’s stint at the Bernabeu has been incredibly disappointing by comparison with just five goals in 43 appearances to his name.

An unfortunate run of injuries have no doubt led to the drop in form and during a recent media appearance, Hazard himself confirmed that his ankle problems have seriously hampered his ability to build up any consistency in Spain.

? "I broke my ankle three times, it will never be the same ankle that I had ten years ago."

Eden Hazard says he doesn't doubt his abilities and impact when he is fully fit #BEL pic.twitter.com/MbH8IzYTQt

“I broke my ankle three times, it will never be the same ankle that I had 10 years ago when I started my career. I need to deal with this, but I never doubted my qualities. I know what I can do on the pitch if I’m healthy, and I look forward to being healthy and playing back-to-back matches so I can show everybody.”

Hazard played his first full 90 minutes of football since November in Belgium’s 2-0 win over Finland at Euro 2020 last night.

Now, his focus will turn towards the Red Devils’ Round of 16 game this Sunday with the hope being that a strong end to the Euros this summer could bleed into a positive spell for Real next season.