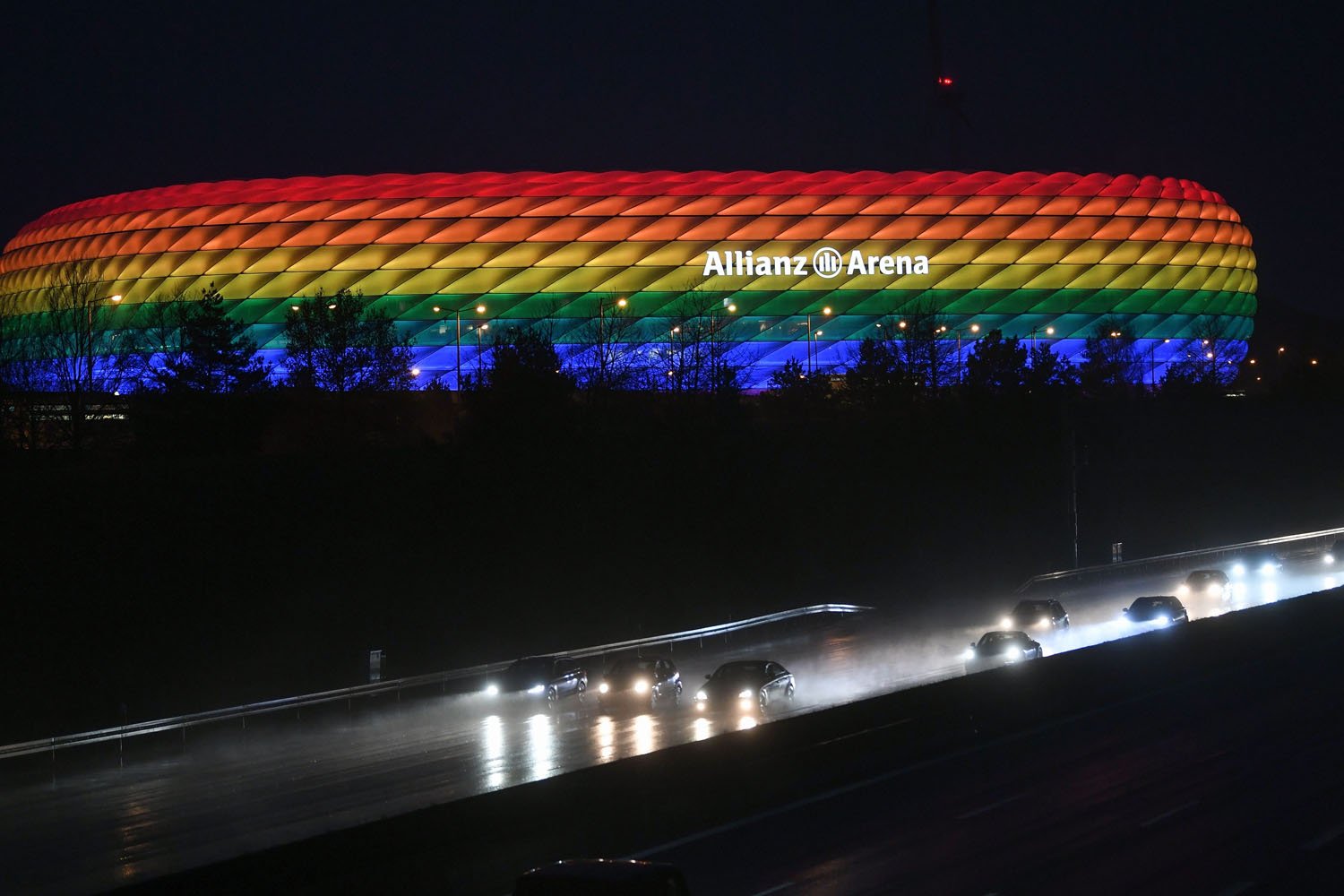 UEFA has blocked Germany’s plans to light the Allianz Arena in rainbow colours ahead of their final group stage game against Hungary.

The initial proposal had been put forward after Hungarian parliament passed a law which banned ‘portrayal or promotion’ of homosexuality or gender reassignment in schools.

Germany’s plans were put forward following a proposal from the Munich city council, and were intended to: “give an important and visible sign of solidarity towards the LGBTI Community in Hungary, those who suffer under the current tightened homophobic and transphobic Hungarian government legislation.”

However, UEFA has denied the request, citing ‘political context’ as the reason for doing so.

“Racism, homophobia, sexism, and all forms of discrimination are a stain on our societies – and represent one of the biggest problems faced by the game today,” a statement released by the governing body reads.

“Discriminatory behaviour has marred both matches themselves and, outside the stadiums, the online discourse around the sport we love.

“However UEFA, through its statutes, is a politically and religiously neutral organisation. Given the political context of this specific request – a message aiming at a decision taken by the Hungarian national parliament – UEFA must decline this request.”

UEFA have today shared with the DFB that they have stopped the review of the rainbow captain's armband worn by @Manuel_Neuer.

In a letter, the armband has been assessed as a team symbol for diversity and thus for a 'good cause.' #EURO2020 #GER pic.twitter.com/HFiAAQ6F5D

The German national team’s Twitter account confirmed that investigation had ended, writing: “In a letter, the armband has been assessed as a team symbol for diversity and thus for a ‘good cause.”