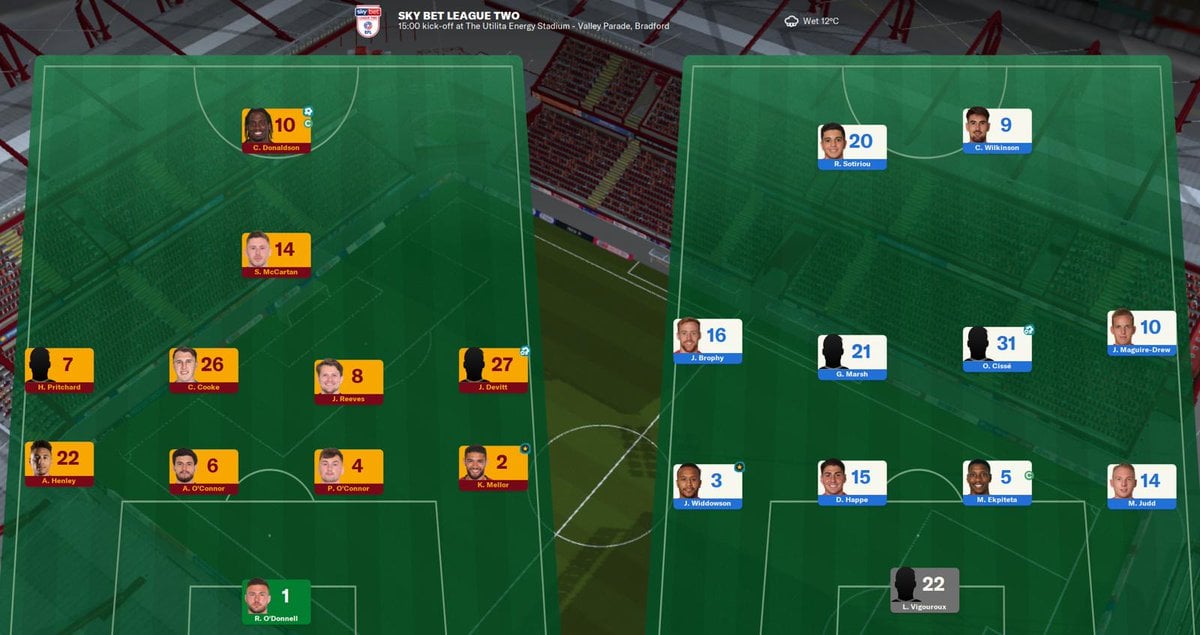 The Premier League and EFL are 2 of the many leagues around the world have been suspended due to the threat of coronavirus.

A decision was made on Friday to suspend domestic games in England, but how have clubs spent a Saturday with no games?

The show must go on ?

Watford vs @LCFC brought to you by @FootballManager!

The Hornets’ solution to no game at Vicarage Road was to simulate the game on Football Manager, one of their sponsors.

It started off badly for Nigel Pearson’s side, who saw Etienne Capoue sent off for a nasty challenge on Dennis Praet.

Things went from bad to worse from the home side as Marc Albrighton slotted home from just inside the area to give the Foxes the lead at the break.

However, the 10-men of Watford fought back and secured a point thanks to Roberto Pererya’s strike in the latter stages.

Some fans weren’t happy with the result with one replying “Could’ve just quit without saving, didn’t need to post the L online” with another commenting “This isn’t real and we still haven’t won.”

Today’s match against @officialbantams may have been postponed in real life but it’s game day on @FootballManager and we need help!

? Vote For Who Starts!
? Formation + Tactics
? Make Live Decisions As We Play This Afternoon#LOFC #OnlyOneOrient pic.twitter.com/12daf8kzJi

The League Two side were supposed to be travelling to Bradford City as they looked to make it 3 games unbeaten.

The O’s media team gave fans a unique opportunity to control the team, from the way they lined up, picking the starting XI and controlling the team talks.

Starting at 10am, fans were split on what formation to start with so it was left to the legendary Mike Bassett to announce the system against the Bantams.

Once the starting XI and subs were picked, Orient released a match day graphic but not all fans were happy with one commenting “Clay not even on the bench. Fans are clearly out of their depth. Time for a change of joint manager.”

It’s a cracker from Reeves to be fair, who hammers it home from the edge of the box.

Half-time approaching, where we can have a rethink.

In-game highlights, GIFs and graphics followed as the fans crashed to a 1-0 defeat at the Utilita Energy Stadium.

We might as well have a game of something! Your move… pic.twitter.com/QPTYqkSy3U

Away from the gaming world, Southampton tried to challenge their Matchday 30 opponents to a game of noughts and crosses.

The Canaries no showed so a half time substitution saw reigning Premier League champions Manchester City enter the game.

A tense game up until the final whistle, neither side could sneak a win as they settled for a draw.

A game of battleships next?

⚽️? So we’re jumping firmly on the bandwagon ?

Today’s away trip to @ShrimpsOfficial may have been postponed but it’s match-day on @FootballManager and we need the Greem Army!?

Similar to their fellow League 2 team, Plymouth Argyle jumped on the bandwagon – their own words, not ours – and simulated a game of Football Manager.

Their save was simulated up until the match day with the league table looking slightly different to the real-life one.

The Pilgrims occupied 2nd place in League Two, one ahead of the current position, as Ryan Lowe’s side look to gain automatic promotion into League One.

Fans voted in the familiar 5-3-2 system but it was Morecambe who started the better side as they took a first half lead.

Argyle responded well in the second half with Ryan Hardie notching from the penalty spot to seal a share of the points.

With another three weeks left of the initial suspension of games, expect more game simulations and other scenarios popping up as clubs’ media teams get creative.