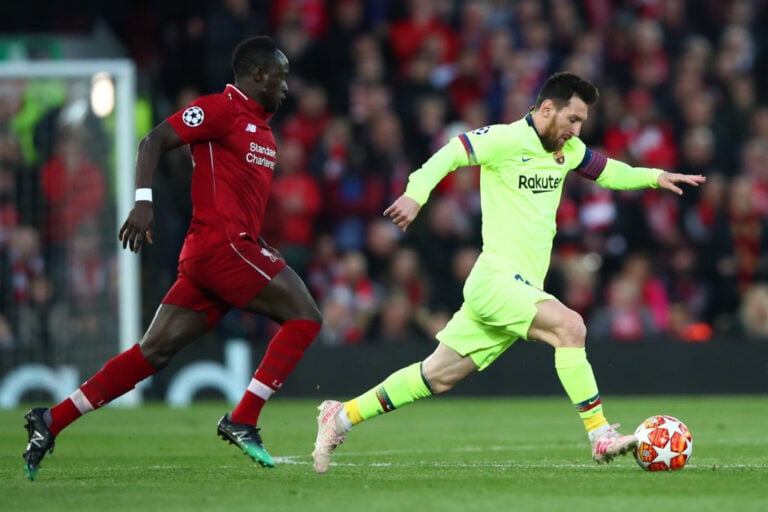 The agent of Bayern Munich’s new signing Sadio Mane has sensationally revealed that Lionel Messi wanted the Senegalese star to join him at Barcelona last summer.

Mane joins the Bundesliga champions from Liverpool in a deal worth a potential £35 million – meaning Liverpool could make a £1 million profit over the fee they paid Southampton for Mane in 2016.

The Reds will receive £27.5 million upfront and will then get an extra £5 million for appearance targets. Finally, Bayern will pay a further £2.5 million to meet the full fee if Mane meets achievement goals.

Senegal’s star man has signed a three-year deal with the Bavarian side. He had just one year left on his Liverpool contract; this forced the Premier League team’s hand, so they did not lose him for free.

As a result, Mane leaves Anfield after a successful, trophy-laden spell. He also scored 120 goals in 269 appearances as one of the fundamental pieces in Jurgen Klopp’s side.

Now, sources close to Sadio Mane have shared how Lionel Messi headhunted the winger as part of his plans for Barcelona.

Before signing for PSG, Messi explored every avenue in his attempt to stay with the Catalan giants. This included the creation of a list of demands for President Joan Laporta. According to Eurosport, the Argentine expected the following actions from the club hierarchy.

Firstly, Barca would make astute moves in the transfer market, for example, by signing quality free agents. Secondly, management would promise to build for the future around their young stars, such as Pedri and Ansu Fati.

Messi then wanted closer communication with those in charge at the Camp Nou, for instance, with technical secretary Ramon Planes.

Finally, the last request from Lionel Messi was a marquee signing – which could have been Sadio Mane.

Bacary Cisse, advisor to Sadio Mane, detailed transfer discussions that occurred in an interview with RMC Sports. He also mentions that PSG were heavily interested in the winger too.

“They saw each other, they discussed the ins and outs of a possible transfer of Sadio at PSG, but it ended there. Everyone knows that Leonardo was on an ejector seat; we had to wait.”

Leonardo left his role in Paris at the end of the 2021/22 season. Former Monaco director of football, Luis Campos, has since replaced him. However, this may have cost the French champions the opportunity to sign Mane.

“Last year, it could have also happened with FC Barcelona,” revealed Bacary Cisse. “It was Lionel Messi who imposed Sadio Mane in the deal when it was a question of him extending at Barca. He had given two names: Sadio Mane and an Argentinian central defender.”

Ultimately, Barca’s shocking financial woes meant a move for Mane was unfeasible. Even more dramatically, the Catalan giants could not afford to keep Lionel Messi, and he joined PSG.