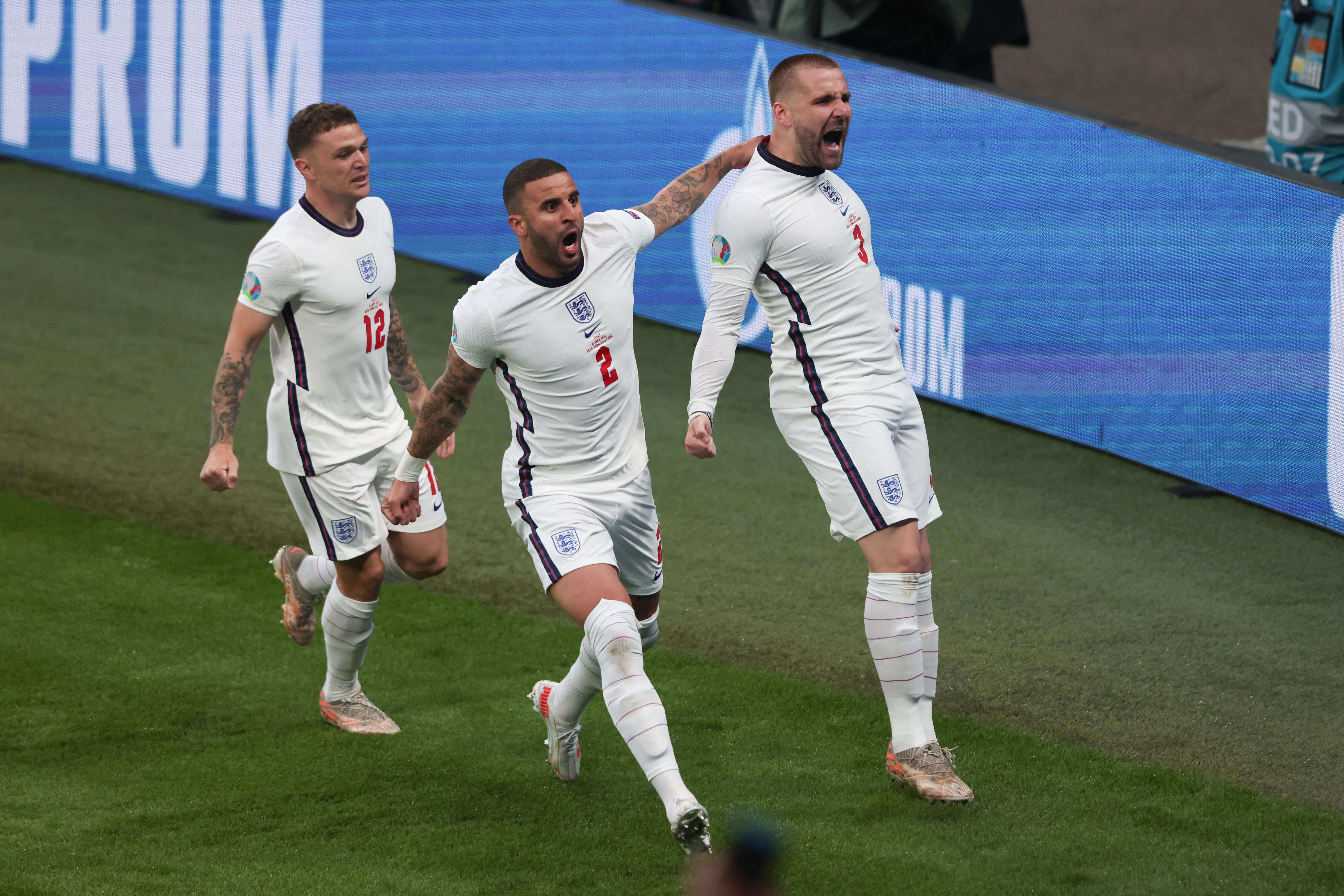 England’s players danced away their woes in the early hours of Monday morning with Harry Maguire leading the conga.

The Three Lions made it to the final of a major tournament for the first time in 55 years but failed to beat Italy, in a game that went to penalties after a 1-1 draw.

To put the bad feelings behind them, the Evening Standard revealed that the group partied the night away at the Hilton Hotel, near Wembley.

The hope was the function could be used to celebrate the winning of the competition, but it wasn’t to be.

But that did not stop the players from dancing into the night.

The Standard report reads: “At the Hilton, players’ tables were marked out by place cards with their shirt numbers on, while highlights on the tournament were shown on big screens.

“Bud Light was on offer again, just as it had been for the barbecue with Ed Sheeran, while the players were still dressed in their tracksuits. England’s record goalscorer Wayne Rooney joined them for some of the evening.

“The conga, led by Maguire, showed spirits remained high, even in the disappointment of their penalty shootout defeat by the Italians.”

Gareth Southgate admitted the loss to Itlay on home turf felt a bitter taste, and that it will take a while to get over the fallout. He said via The Guardian: “When you are so close, that’s even more painful – it feels like my stomach has been ripped out this morning,” he said.

“You know that these opportunities are so rare and to know what it has taken and that you’ve got to pick yourself up and go again … that’s very hard the day after.

“You’ve given everything and the energy levels are low, the emotions are drained. We will go again but sometimes it’s easy to say things like: ‘Oh, we can go on to Qatar now and win.’ It’s a bit glib. That’s a long journey.”