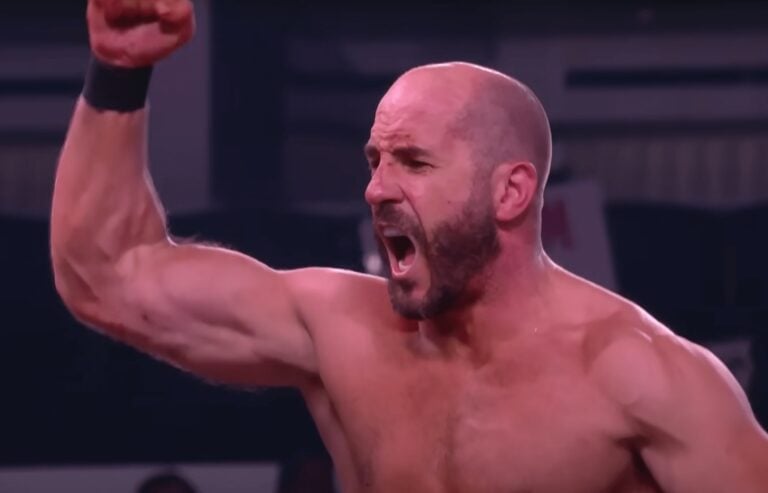 His long-awaited first appearance at the AEW x NJPW Forbidden Door didn’t disappoint, as he came away with a win over Zack Sabre Jr.

In addition, the former WWE star joked about fan speculation that he was in disguise as a cameraman, due to their incredible likeness. He posed next to the technician, poking fun at the theory.

Now the newest member of the Blackpool Combat Club, Claudio also took part in the Blood and Guts match on Dynamite on Wednesday. The former WWE wrestler stole the show and made Daddy Magic tap out to win the match for his team.

Earlier this year, Cesaro was released from WWE. His contract expired in February.

Cesaro was a popular superstar. However, he never seemed to get a sustained major push. In addition, he didn’t hold a world title. Following his exit, fans speculated about his future.

Many predicted that the wrestler would make the switch to AEW, and they weren’t wrong.

Following an enthralling first week as an AEW superstar, the Swiss athlete’s former colleagues have reportedly expressed their thoughts on his exit from WWE.

According to Dave Meltzer of the Wrestling Observer Newsletter (as per WrestlingInc), some WWE superstars were shocked that Claudio Castagnoli signed on the dotted line for AEW.

It is thought that a huge sum of money was offered to him by WWE. But Meltzer claims that AEW President, Tony Khan, either matched or offered a higher amount than WWE offered.

After Castagnoli’s debut at Forbidden Door, Khan said that he first contacted the Swiss superstar at the beginning of June. He also said he signed him before he told the rest of the roster.

At present, the details of Castagnoli’s deal with AEW are not clear. What is for certain, though, is that if Khan has offered the wrestler a considerable amount of money, it won’t be long before others on his roster ask for similar treatment.