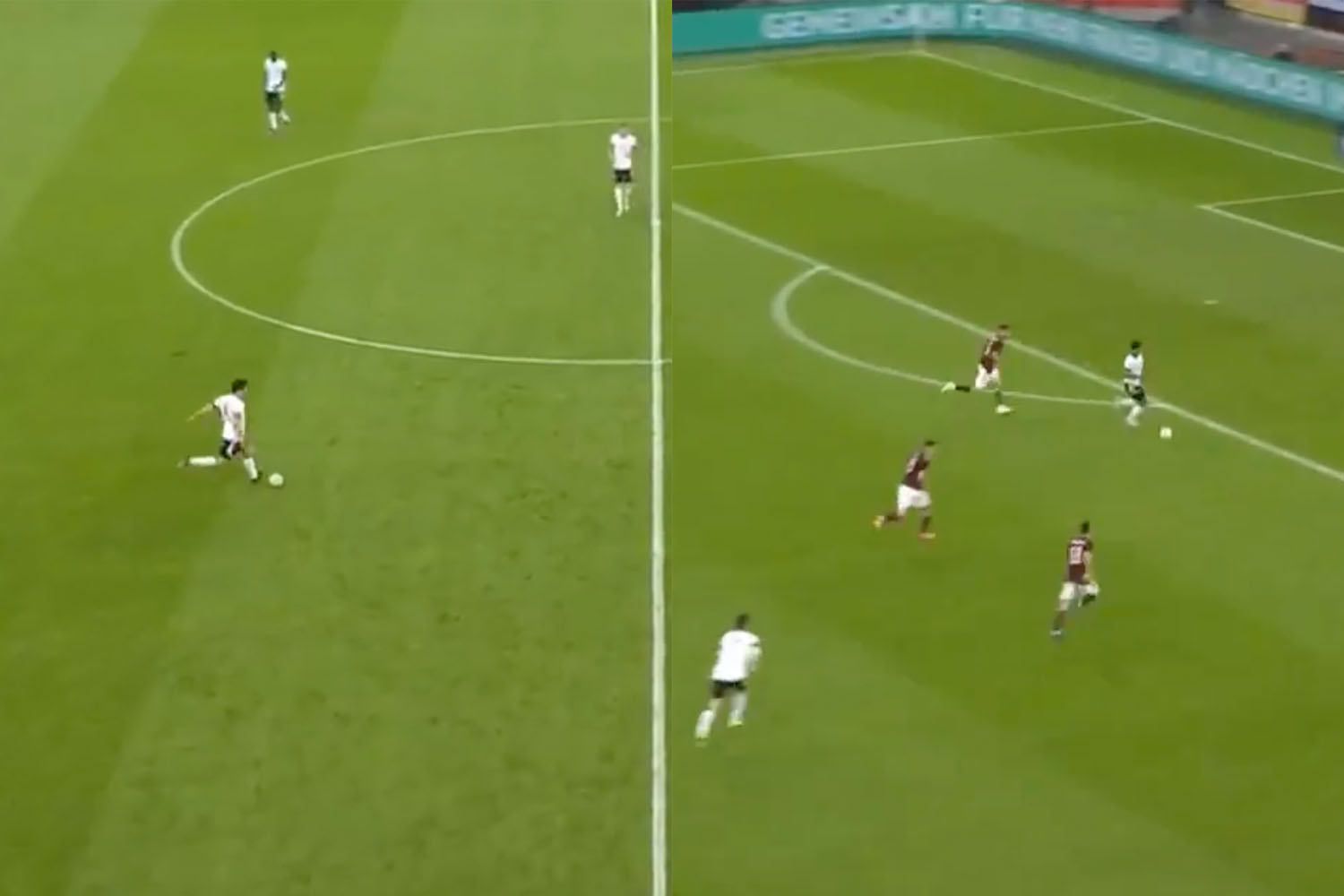 Germany continued their Euro 2020 preparations with a 7-1 victory over Latvia in their final friendly before the tournament begins.

Joachim Low‘s men were 5-0 up at half-time, with five different players getting on the scoresheet.

There were a number of impressive performances. Thomas Muller produced one of those, with the Bayern Munich forward making his return to the national side for the first time since being told he would not be considered for future selection two years ago.

In a similar position was Mats Hummels. The Borussia Dortmund centre-back was also making his first Germany appearance for two years, and offered a reminder of what he can offer as a ball playing defender.

Hummels provided the assist for Serge Gnabry’s goal – Germany’s fifth – with an exquisite outside of the foot pass.

In the 45th minute, the 32-year-old received the ball in his own half, and took a step forward.

From there, he spotted Gnabry’s run and produced an inch-perfect pass with the outside of boot to split the Latvian defence.

It still needed to be finished, however, and the ex-Arsenal man did so with aplomb.

He let the ball run across him before firing it into the bottom left corner, leaving the Latvia ‘keeper with no chance.

Both Hummels and Gnabry could be in the starting XI when Germany begin their Euro 2020 campaign on June 15.

Low’s side will play all their games in Munich, against Hungary, World Cup holders France and European Championship holders Portugal.

It will be the last competition in charge for their esteemed manager, with Low set to be replaced by former Bayern boss – and his former Germany assistant – Hansi Flick after the completion of the Euros.

Low has been in charge of Germany since 2006, having been assistant to Jurgen Klinsmann for two years.

But Germany go into this summer’s Euros on the back of a poor record in major competitions in recent years. They were knocked out in the group stage of the 2018 World Cup, and failed to win a game in the inaugural Nations League tournament.

They performed better in the following edition, and topped their group going into the final round of fixtures, but lost 6-0 to Spain and relinquished top spot.