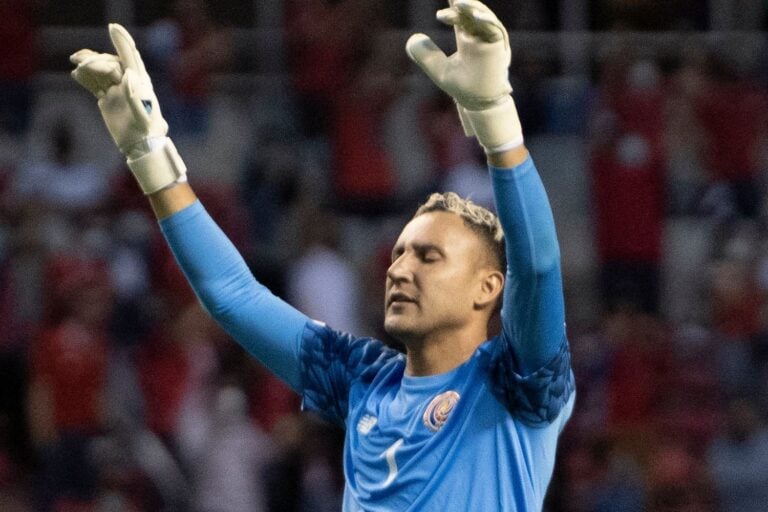 With his country clinging onto a 2-1 lead in World Cup qualifying, Keylor Navas came up with an absolutely huge save for Costa Rica on Sunday.

While many fans still have fond memories of their run to the quarter-finals in the 2014 World Cup, Costa Rica haven’t had a whole lot to scream and shout about since then. In the present day, given the eight-nation structure of CONCACAF’s qualifying table, they’ll need to finish in the top three if they want to guarantee their spot in Qatar next year – with fourth place offering them a second chance route through the play-offs.

This weekend they went toe to toe with El Salvador in a game that saw them come from behind to lead 2-1. Between the scoreline and the visitors’ red card it seemed as if the win had been all but secured, however, El Salvador had one final trick up their sleeve after a quick free kick led to a shot that seemed destined for the top corner of the net.

Then, in what will easily qualify as one of the best saves of the international break, Navas’ outstretched hand just about saw the ball go over the bar to keep Costa Rica in the lead.

91' minute, back against the wall, Keylor Navas comes up big ? pic.twitter.com/VtcyznINxL

The win ensures that Navas’ side are just one point off of Canada in fourth place and, crucially, one point ahead of El Salvador who would’ve stayed above them in the standings with a point.

Gianluigi Donnarumma – we’d suggest you watch your back, because Navas could be coming for a place in the starting XI sooner rather than later.