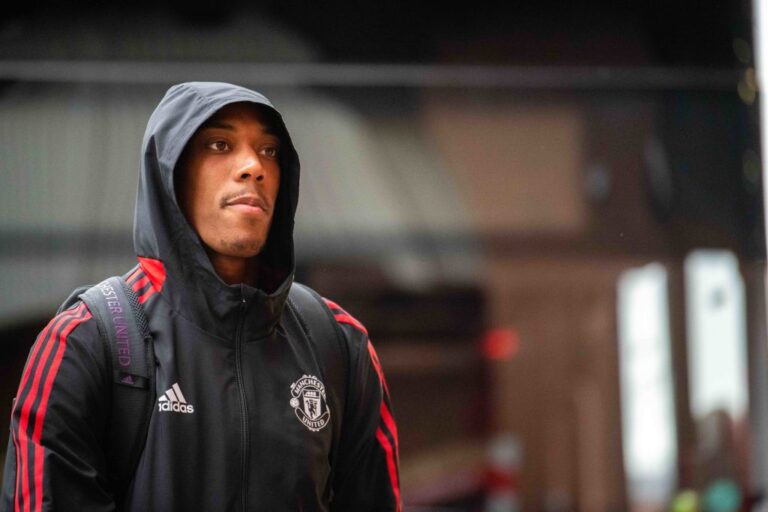 Anthony Martial is one of the most talented strikers in the Premier League. But his inconsistent form has cast doubts over his Manchester United future.

Although the Frenchman seems to possess a large quantity of ability, his performances haven’t always shown it. This inconsistency poses a difficult conundrum to Red Devils fans. Do you keep believing that Martial can turn his career around, or do you let him move onto another club?

Read: New study suggests that Ole Gunnar Solskjaer’s job is one of the safest in British football.

The French international signed for United from Monaco when he was only 19. He had scored 11 goals in 49 appearances and had clubs all over Europe vying for his signature. But despite strong interest from Arsenal, it was the Theatre of Dreams that attracted the young and hungry striker.

The Manchester club’s agreement with Monaco was a fascinating one. United agreed to pay the Ligue 1 side a considerable transfer fee of £38 million.

In addition, they would pay another £7.6 million if Martial scored 25 goals for the club, and the same amounts again for if he went on to play for France at least 25 times or won the Ballon d’Or.

This deal made the striker the most expensive teenager in world football, but United have yet to pay the total price. The Frenchman failed to hit the three targets in the four years Monaco required to get their full payment.

In the final year of this agreement, Martial reached the 25 goal tally, but it took him until November 2020 to earn 25 international caps. He has not been involved in any Ballon d’Or discussions.

What has held Martial back?

Anthony Martial started his Old Trafford tenure in a very positive manner. The Parisian scored 11 goals in his maiden campaign, including a magnificent finish against Liverpool, which had United fans positively salivating at what was to come.

Sadly, however, the 25-year-old failed to reach the heights expected of him. They tried to groom the Frenchman to be the next legendary number nine at the club, but his relationship with Jose Mourinho may well have prevented him from ever fulfilling that prophecy.

United took his number nine shirt off him and handed it to Zlatan Ibrahimovic. If this wasn’t enough of a blow, Martial often played in wider areas under Mourinho rather than his preferred striker position.

The ‘Special One’ failed to bring the best out of Martial, who consequently missed out on a place in France’s 2018 World Cup-winning squad. Mourinho reportedly asked United to sell the player. However, due to owner Joel Glazer’s fondness for Martial, he lasted longer than the Champions League-winning boss.

What does the future hold?

Anthony Martial may have struggled to see eye to eye with Mourinho’s abrasive style, but his form hasn’t hugely improved since his former boss left. He strung a decent run together when the Premier League returned after the nationwide lockdown, but aside from that, he’s flattered to deceive.

The additions of Cristiano Ronaldo and Edinson Cavani have only seen the forward pushed further into the periphery of Ole Gunnar Solskjaer’s squad. He’s also suffered from injuries that have sidelined him this season.

Arsenal are long-term admirers of the striker, and they would likely still be interested in him. However, in an ideal world, The Red Devils wouldn’t sell Martial to a direct rival. This reluctance means that a return to France could be on the cards, with Lyon being the team showing the most interest. Whether they would be able to afford the French national or not is another question.

Martial had the promise of becoming United’s next legendary number nine. But is that still possible? The Frenchman has moments of brilliance. He is also quick, dynamic and a natural goal scorer. But is it too late to bring the best out of him?

Many people expect Solskjaer to exit stage left at the end of the season, and maybe a new manager could make the penny drop. However, Martial may never get that opportunity. It seems the Frenchman needs to return to form this season to secure his long-term future at the club.