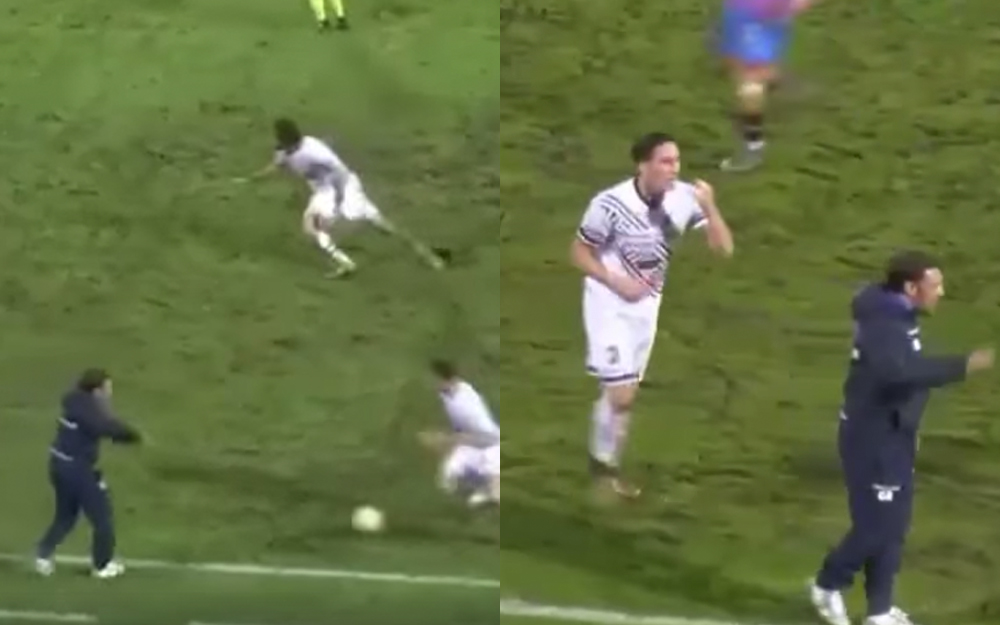 We hear of coaches ‘kicking every ball on the sideline’ pretty frequently, usually that’s where it ends.

Not for Giuseppe Raffaele though, coach of Italian Serie C side Catania.

In the 91st minute, an opposing Vibonese player dispossessed one of Raffaele’s men, before quickly looking to launch a counter-attack.

However, the coach quickly stepped onto the pitch to flick the ball away from the players’ feet, prompting one of the more predictable touchline sendings off you’re likely to see.

Unfortunately for Giuseppe Raffaele his actions have led to him getting a four-match ban, though his side did cling on to win 2-1, so swings and roundabouts I guess?

The incident has sparked immediate comparisons with Jose Mourinho’s antics at Soccer Aid, in which he cleaned out an onward rushing Olly Murs.

What do you reckon? Taking one for the team or bang out of order?