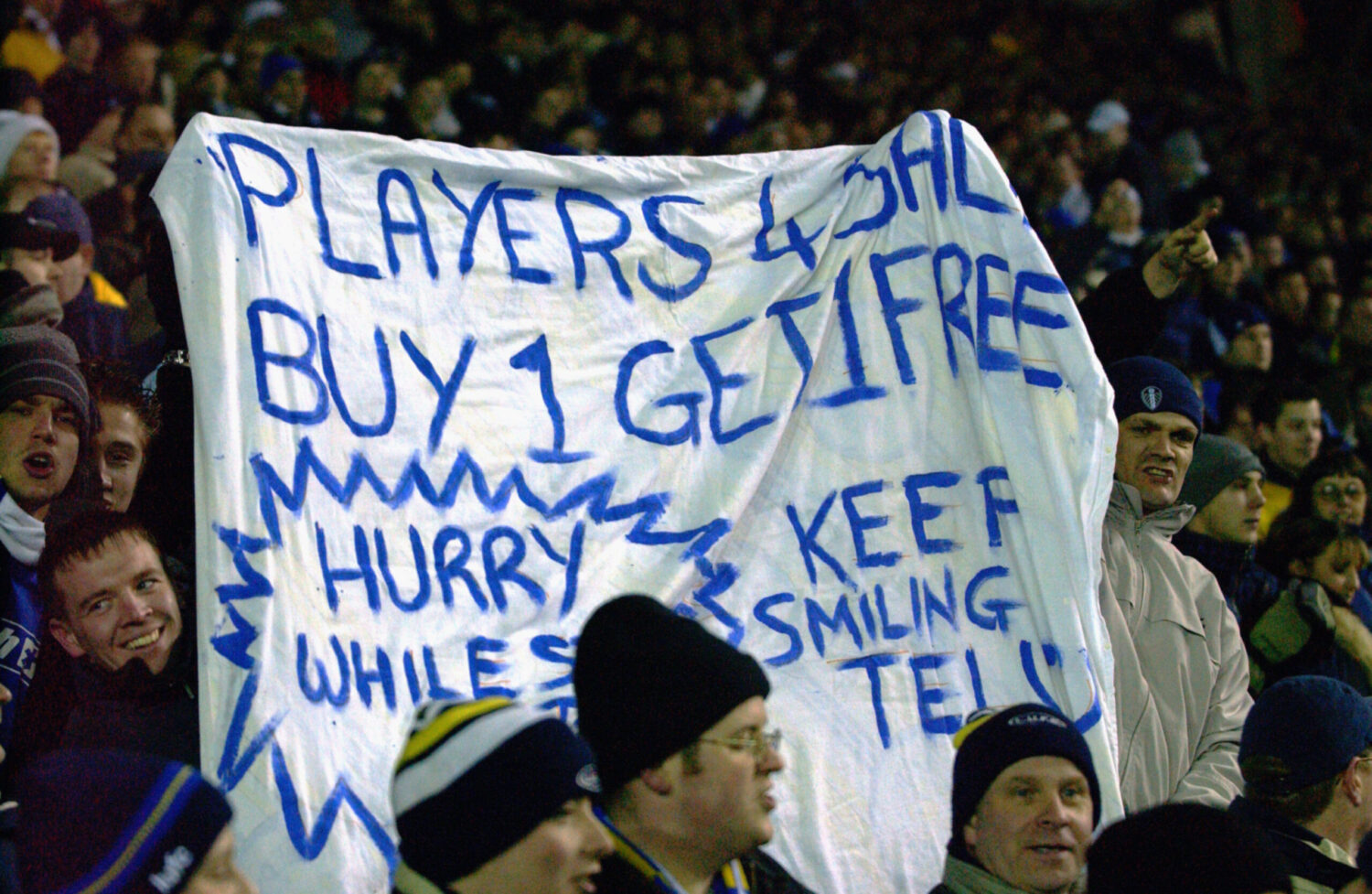 For the first time in 15 years, Leeds United are back in the Premier League.

In the midst of one of the most exciting periods in the club’s history, fuelled by the one of the game’s greatest minds at the helm, Leeds fans have every right to be upbeat about what may lie ahead.

However, getting here has been no easy ride.

20 long seasons ago, Leeds were lining up for a Champions League semi-final and threatening to break the Premier League dominance shown by Manchester United and Arsenal – a team packed with big names, Rio Ferdinand, Mark Viduka, Harry Kewell, the aspirations seemed fair.

Less than five years later though, the club were relegated from England’s top-flight, plagued by bad financial decisions, which included a £20 per month bill for maintenance of chairman Peter Ridsale’s goldfish. Leeds were in free-fall.

In the second episode of Football Uncovered, we sat down with Nick Harris of Sporting Intelligence, for a behind-the-scenes look at how things went so wrong for one of England’s most famous clubs.

Next up came a consortium of local businessmen, headed by Gerald Krasner, who sold 50% of the club to Ken Bates – Elland Road and Thorp Arch training ground had also been sold prior, in an effort to alleviate the growing debt.

A glimmer of hope came via reaching the Championship play-off final in 2005-06, though it wasn’t to be and the club lost to Watford. A cycle of managers was followed by administration in 2007, along with further relegation to League One.

It kickstarted a miserable period, which would only get worse with the shambolic takeover courtesy of GFH Capital, who it emerged were trying to sell the club on before they’d even found the funds to complete their takeover in the first place. Eventually they would find the funds, albeit through illegal streams.

Next up? Massimo Cellino, whose takeover was initially blocked after being found guilty of tax evasion. Within days of the deal being cleared, Cellino discovered spy cameras at Elland Road, put there with the intention of catching him taking coke.

After a period packed with controversy and generally bizarre exchanges, Italian businessman Andrea Radrizzani emerged, purchasing a 50% stake from Cellino before acquiring 100% in May 2017.

Finally, something close to stability had returned and three years later, Leeds are back.