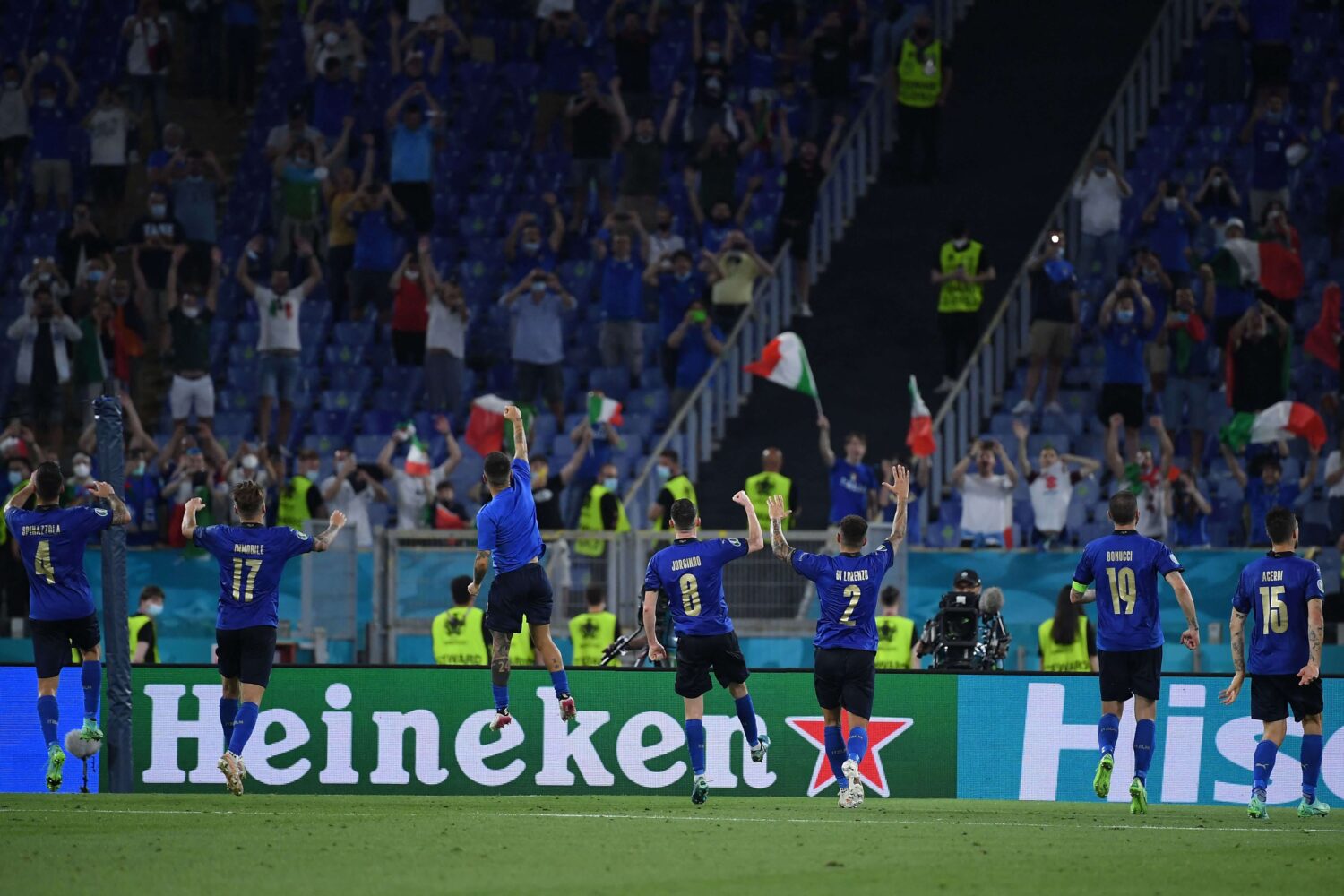 Italy defeated Switzerland 3-0 last night to secure their place in the Euro 2020 knockout stages – and set an incredible record in the process.

Roberto Mancini‘s side have now won 10 games in a row without conceding a single goal.

Their latest victory means they have gone 29 games unbeaten. The Italians will break the all-time unbeaten record set by Brazil and Spain if they win the entire tournament.

On last night’s evidence – and indeed their performances in the whole tournament so far – Italy must be considered as one of the most dangerous teams in Euro 2020.

Manuel Locatelli scored a brace – the second and third goals of his international career – before Ciro Immobile put the win beyond all doubt with a goal in the 89th minute.

The only real downside came early on in the first half. Captain Giorgio Chiellini was forced off with a suspected hamstring injury.

In his absence, however, Italy still managed to keep a clean sheet on the night. It was their second consecutive shut out in the tournament so far, after a 3-0 win over Turkey on the first matchday last week.

Chiellini was substituted for Lazio defender Francesco Acerbi, whilst Mancini also has Inter Milan starlet Alessandro Bastoni and Atalanta regular Rafael Toloi to call upon in that position.

Mancini said after the victory: “Every match is difficult. You always have to go out there and play.

“I’ve been fortunate in that I have had some very good players who like playing the game – they enjoy being out there and like taking risks.

“The players are the ones who deserve the credit. I try to explain my thought process and there is still a long way to go.”

Italy will play in the knockout stages of a major tournament for the first time since Euro 2016.

Either side of that, they were knocked out in the group stages at the 2014 World Cup in Brazil, and then failed to qualify altogether for the 2018 edition in Russia.

Should they avoid defeat against Wales in their final group game, Mancini’s side will take on the runners-up of Group C in the last 16 of Euro 2020.

That group consists of Netherlands, Ukraine, Austria and North Macedonia.