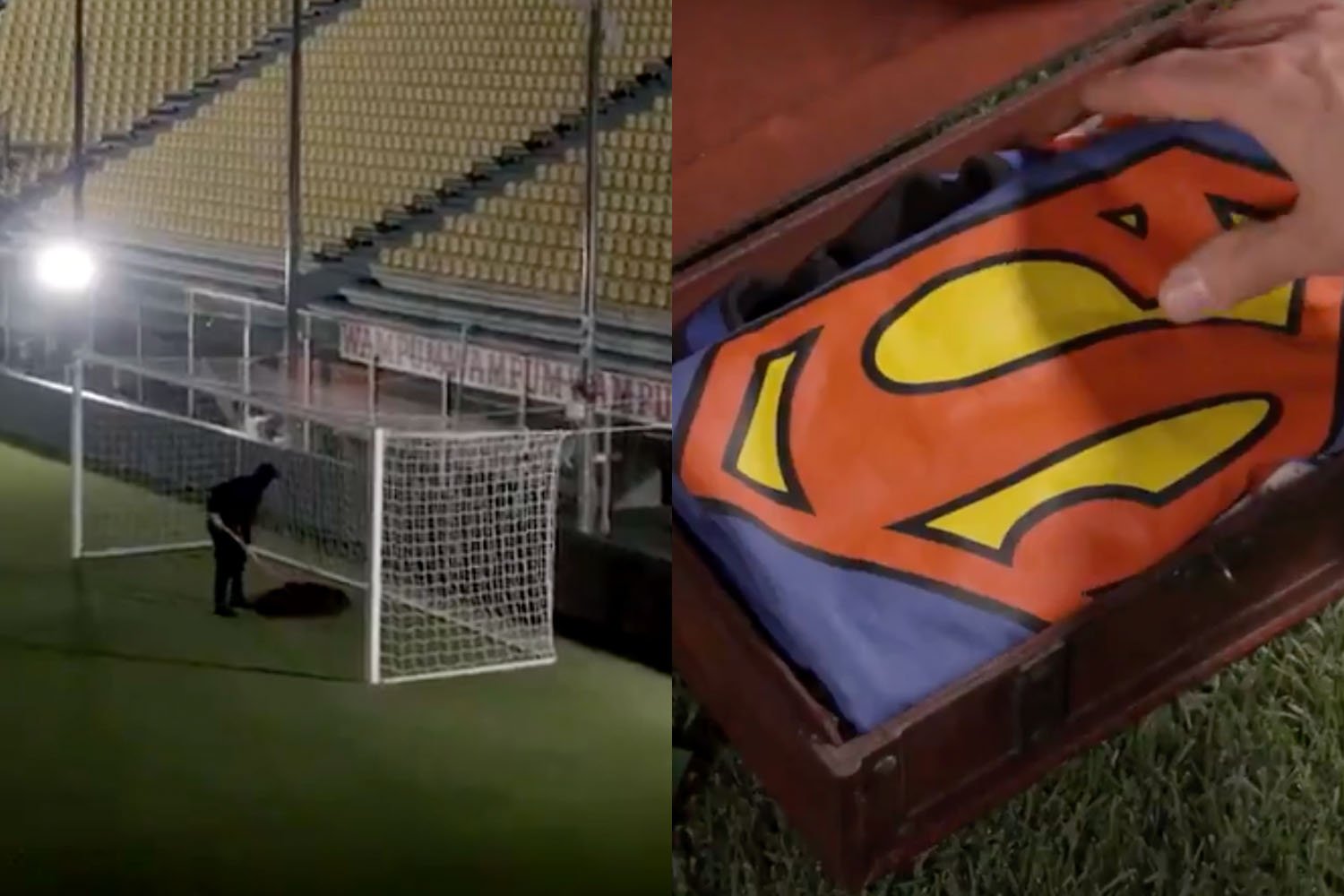 Parma announced the return of Gianluigi Buffon in spectacular fashion – with the Italian legend featuring in a Superman-style video.

Buffon rejoined his boyhood club after 20 years away, having left the club back in 2001 to join Juventus.

The €52 million move was a world-record fee for a goalkeeper at the time, a figure that has since been overtaken by Kepa Arrizabalaga and Alisson’s moves to Chelsea and Liverpool respectively.

Buffon went on to achieve huge success at Juve. He won an incredible 22 trophies with the club, including 10 Serie A titles. He also won the World Cup with Italy in 2006.

The 43-year-old said back in March that he would not play beyond 2023 – meaning he could end his career with his boyhood club.

Parma will play in Serie B next season, having been relegated from the Italian top flight in this campaign.

They announced Buffon’s return to the club in brilliant fashion.

The video shows a mysterious figure dressed in dark clothing pass through the gates of Parma’s home stadium, before picking up a shovel and digging up part of the area surrounding the goalline.

A locked box is then picked up from the ensuing hole in the ground which, when opened, reveals a Superman shirt and a Parma home shirt.

After confirming that he was in the stadium, the man lifts up his hood to reveal himself – and it is, of course, Buffon.

Check the video out below:

Buffon last played in Serie B back in 2006/07, after Juventus were relegated from the top flight as a result of the Calciopoli scandal that rocked Italian football.

Juve immediately went up as champions despite an initial nine-point deduction, and won Serie A for seven consecutive seasons starting from 2011/12.

Buffon left the club to join Paris Saint-Germain in the summer of 2018, where he stayed for a season before returning to Juve.

He had mostly featured as backup to Wojciech Szczesny since his return, before sealing the move to Parma.