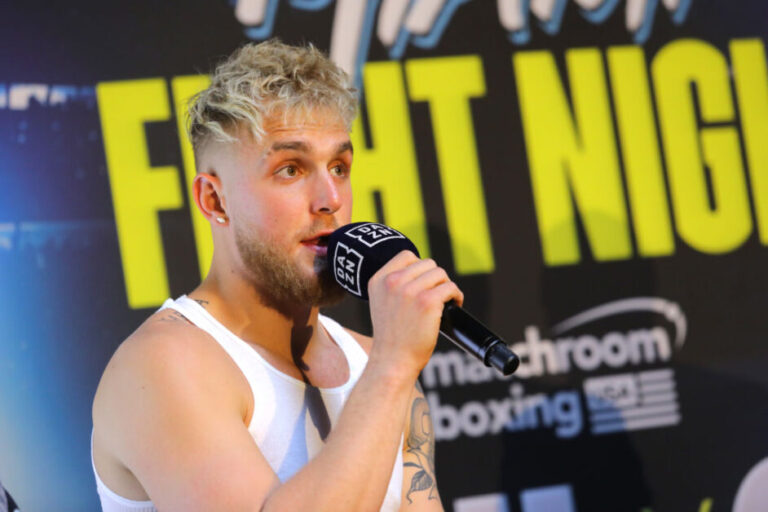 Jake Paul’s challenge to Dana White is the first big combat sports beef of the year.

This is hardly the first time Paul bumps heads with White. Last August, the celebrity-turned-boxer claimed that the feud would end in tears – and blood: “I think it ends with me running into him at a club in Vegas and me knocking him the f**k out.”

The UFC president handled the threat with style, roasting Paul for his boxing career: “It actually makes sense. I’m 52 years old. I’m in the age bracket of guys he fights.”

Things between Paul and White have been heated for a while. Paul wants to prove his worth as a fighter by competing in the UFC – a suggestion White has laughed off several times.

In 2020, White suggested that Paul’s boxing matches were fixed. He is happy to admit that Paul has a knack for showmanship, but he doesn’t think he is fit for purpose as a UFC fighter.

“Do you know what would happen to this guy (in the UFC)?” White said. “He ain’t fighting in the UFC. He’s getting hand-picked opponents, and God knows what else is going on with that whole f**king thing.”

Now, Paul has opened up yet another chapter in the long-standing feud. He sarcastically wished White a happy new year and then proceeded with his biggest challenge so far.

Paul’s plea is uncharacteristically unselfish. He wants fair working conditions for UFC fighters, including better healthcare and a bigger percentage of the profits they generate.

What would White get from accepting Jake Paul’s challenge? Probably a lot of money. ‘The Problem Child’ has challenged Jorge Masvidal to a UFC fight if White gives the green light to Paul’s concessions.

It would also be a moral victory for White, as Paul has promised to retire from boxing.

Jake Paul has spelled out his conditions to retire from boxing

In full, here is Paul’s tweet, featuring the conditions of his challenge:

“Happy New Year @danawhite. Here is a real challenge for you…

“I will immediately retire from boxing and fight Jorge Masvidal in the UFC if you agree to:

“3) Provide long-term healthcare to all fighters (you previously said brain damage is part of the gig… imagine the NFL said that). There are many UFC alums who have publicly said they are suffering from brain damage.”

“You have 5 days to accept and to implement the above by March 31, 2022. Once implemented I will immediately retire from boxing, enter USADA and agree to a 1 fight deal with UFC to fight weak chin Jorge [Masvidal].”

“To all UFC fighters – time to take a stand and create value for yourselves and peers. You deserve higher pay, you deserve long-term healthcare and above all you deserve freedom.

“Support each other. I am not your enemy, I am your advocate… who selfishly wants to KO a few of you to make some big bank.”

Given White’s reluctance to even think of Paul as a serious fighter, it’s highly unlikely that he’ll accept the challenge.

Additionally, the time window Paul has given White is excessively short. It’s improbable that White will agree on substantial modifications to the UFC’s revenue formula in the next few days.

It’s in Paul’s interests to keep attaching himself to the UFC. His career as a boxer has raised a few eyebrows, as he has mostly faced fighters who aren’t boxing professionals at all.

Paul knows he can’t go on forever boxing against non-professionals. After all, there’s money to be made in the UFC, and a successful change of scenery would grant him a fresh sense of validation as a professional fighter.

Whether Dana White will fall for it remains to be seen.