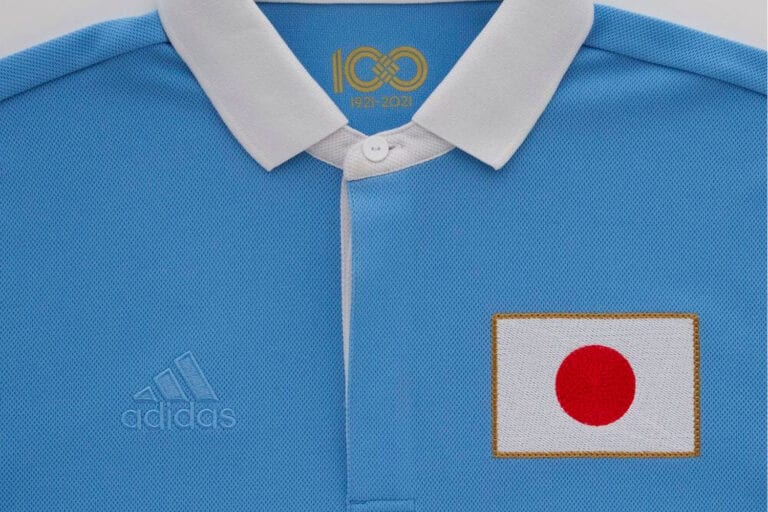 My goodness, this is spectacular.

To celebrate the 100th anniversary of the Japan Football Association’s founding, adidas have produced an absolute corker of a limited edition shirt – and when we say limited, we very much mean that, with only 2,021 being made.

Inspired by the shirt that was worn by Japan’s first national XI in 1930, the same strip that was also worn at the 1936 Olympics in Berlin – the colour scheme originally stemmed from the “the sea surrounding the country.”

That same sky blue has returned for this special drop, veering away from the deeper blue we’ve seen utilised in recent years.

Design-wise, everything is kept jaw-droppingly simple. The adidas logo fades into the body of the shirt, the white trim of the collar offers a lovely contrast and there’s a gold ‘100 – 1921—2021’ graphic in the neck.

Here’s the bad news, the shirt is only available to preorder over on the adidas Japan website and they won’t ship to the UK, believe us, we tried.