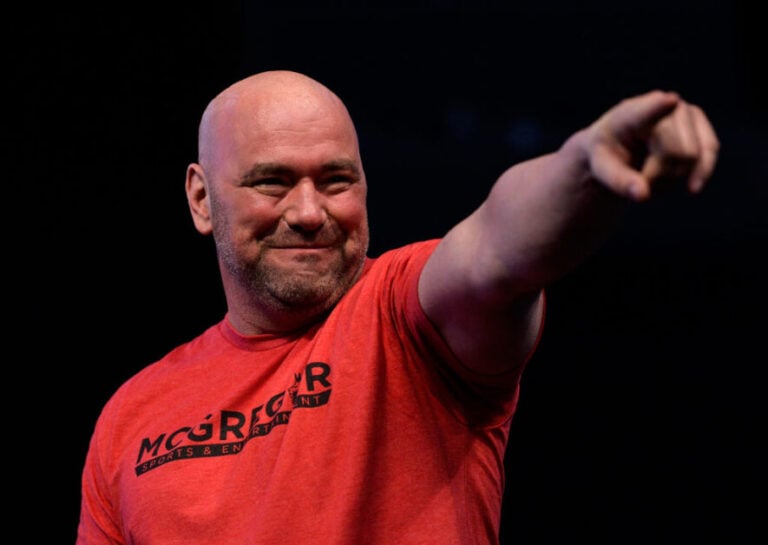 If the MMA community weren’t already excited for UFC 274, they certainly would be after Jiri Prochazka leaked the fight card.

The UFC keeps the bouts on their events a secret until they are ready to spread the news to the public. But on this occasion, it appears as though the Czech fighter jumped the gun and beat them to the punch.

He posted a picture on his Instagram profile of three fights that are supposedly scheduled to take place on the night. Of course, one of them is his own.

On May 7, the unorthodox striker challenges for the light heavyweight championship in a match-up that’s caught the world’s attention.

The reigning king of the division, Glover Teixeira, captured the hearts of sporting enthusiasts around the globe with his title-winning performance. The 42-year-old defied all the odds to defeat the younger powerhouse Jan Blachowicz. But come his next outing, he’ll have a completely different proposition in front of him.

Prochazka is the most fearsome and creative striker in the division. He’s unbeaten in the UFC, and in his last showing, he showed just how dangerous he is. The 29-year-old unleashed a devastating elbow to finish the highly rated Dominick Reyes.

The collision between the two best 205-pounders on the planet is guaranteed to excite, but it’s not the only contest for fans to get their teeth stuck into.

There’s no denying that this card is one for the ages.

In the co-main event, lightweight champion Charles Oliveira defends his place on the throne against Justin Gaethje. The match-up between two fighters with completely opposing styles has MMA enthusiasts gripped.

The challenger isn’t called ‘The Human Highlight Reel’ for nothing. When he sets foot in the cage, he only has one plan in mind—to knock his opponent out. And this could play in his favour, as the titleholder has hit the canvas on multiple occasions.

But if he doesn’t get him out of there, then Oliveira’s grappling came will soon become a factor that Gaethje will struggle to deal with.

But the bout that’s really got the hardcore excited is a fight that Prochazka inadvertently announced himself.

To put it simply, Michael Chandler vs Tony Ferguson can’t possibly disappoint. Although they’re both past their best, they still have enough to provide the MMA community with a sense of nostalgia by way of an absolute blood bath.

‘Iron Mike’ carries monstrous power with the wrestling pedigree to get down and dirty if needs be. While ‘El Cucuy’ possesses one of the most excellent gas tanks in sport as well as a terrifying ground game.

Regardless of who decided to reveal this fight card to the world, the fans are still excited. This is one that they can’t possibly afford to miss.

Now, all we need is for the UFC to confirm that it’s real.