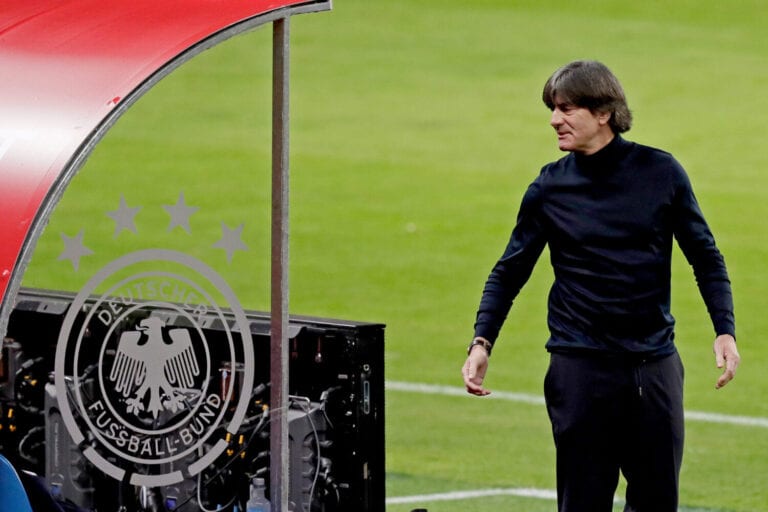 Joachim Low has confirmed he will step down as Germany head coach following this summer’s rescheduled Euro 2020.

Low’s contract was originally meant to run until 2022, but the German Football Association says it has agreed to end the agreement early.

“I take this step very consciously, full of pride and enormous gratitude, but at the same time continue to be very motivated when it comes to the upcoming European Championship tournament,” Low said.

“Proud because it is something very special and an honour for me to be involved in my country and because I have been able to work with the best footballers in the country for almost 17 years and support them in their development.

“I have great triumphs with them and painful defeats, but above all many wonderful and magical moments – not just winning the 2014 World Cup in Brazil.

“I am and will remain grateful to the DFB, which has always provided me and the team with an ideal working environment.”

Low will be hoping to end his tenure on a high this summer.

“I still feel the unconditional will as well as great energy and ambition for the upcoming European Championship,” he said.

“I will do my best to make our fans happy and successful at this tournament. I also know that this applies to the entire team.”

Jurgen Klopp has been linked with the Germany job for a long time now, no doubt this will only add fuel to the fire.