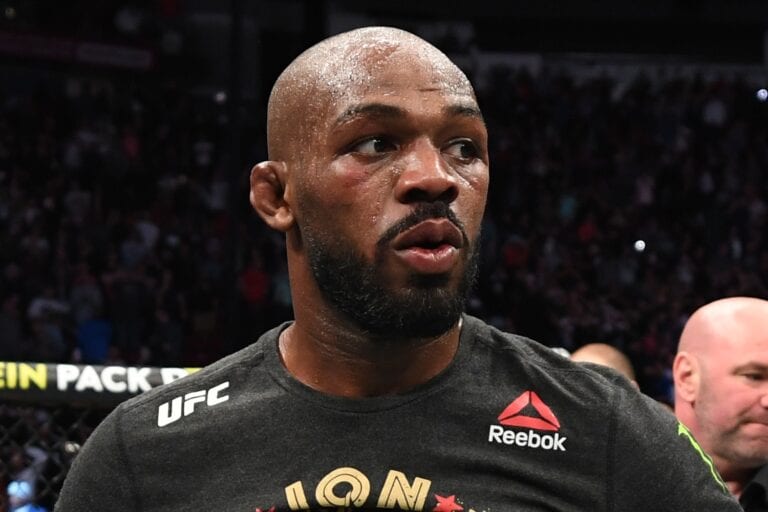 The ongoing feud between Jon Jones and Israel Adesanya continues to rumble on.

The two men have been going back and forth for well over a year now, with the hope being that they’ll eventually fight one another. Alas, up to this point, it hasn’t quite come to fruition.

Jones is currently preparing for a move to heavyweight. On the flip side you’ve got Adesanya who fights for the Light Heavyweight Championship this weekend, moving up from middleweight.

The expectation is that Jones will face the winner of Stipe Miocic vs Francis Ngannou for the UFC Heavyweight Championship. If that happens, it could serve as an invite up to heavyweight for “The Last Stylebender” too.

But for the time being, social media will have to do.

“I guess the cartoon energy will have his Wrestling and Jujitsu ready by December now”. Jones wrote.

The tweet, which has since been deleted, refers to Adesanya’s comments in which he states a bout with Jones is more likely to happen towards the end of 2021 instead of the summer. However, if Adesanya beats Jan Blachowicz on Saturday, he may have his hands full.

Between Glover Teixeira at light heavyweight and the stacked middleweight division there are plenty of challengers to be found.

Yet above all of the noise and confusion, there’s a growing confidence in the air.

MMA fans may not always get what they want but they certainly do moreso than in the boxing world. With that in mind, you’d have to imagine Dana White will pull out all the stops to get this fight booked. It’d easily be one of the biggest in the promotion’s history regardless of weight.

2021 feels like the right time to do it, but will Jan Blachowicz have other plans for Izzy at UFC 259?