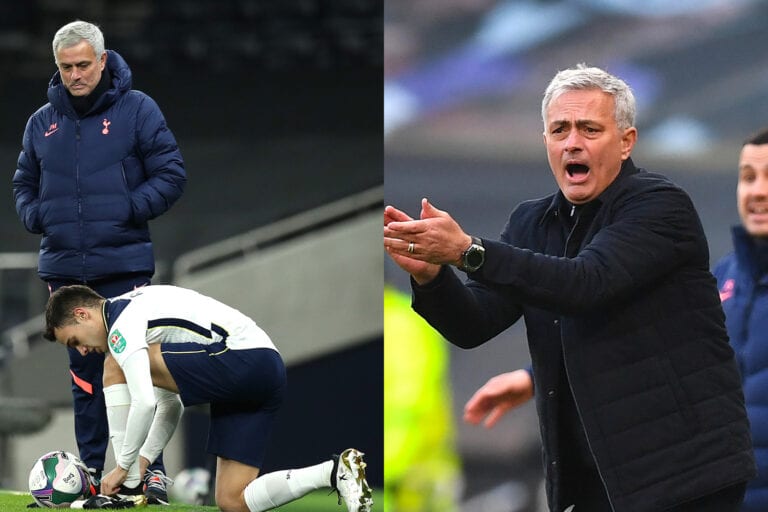 During the coverage for Spurs’ 4-0 win over Burnley, the two pundits went back and forth over the subject of how good Tottenham’s team really is.

The point specifically came down to Reguilon. Keane suggested he isn’t good enough for most of England’s big clubs, whereas Redknapp felt like that was a harsh assessment.

Mourinho has his say

In his pre-match press conference ahead of the Fulham game, Jose had his own say on the matter.

“I have huge respect for Roy. I love to work with him when I was at Sky, but independent of that, a winner like he is, I have lots of respect for Roy, and for his job as a pundit. But I’m not going to make any comments.” he explained.

Things have got heated already on Super Sunday as the pair argue over Tottenham's form and hopes going forward.

“Of course Reggy comes from a culture of very technical football. He was born and made in a winning club, a club that is always playing to win.”

Reguilon signed for Spurs last September from Real Madrid after a strong loan spell with Sevilla.

“Where since you are a kid you are educated in that direction. He goes forward, he is quick, he is creative, he assists, he is enthusiastic.

“But first season in the Premier League is normally not easy for a certain kind of player. I am very happy with him.”

Spurs have shown signs that they could be slowly rebuilding their confident edge after a turbulent few months. Mourinho clearly rates Reguilon so will be hoping the Spaniard is part of that going forward.

There is however, the looming possibility of that much-talked about buy-back clause that Madrid have, which could throw a spanner in the works of any long-term plans.