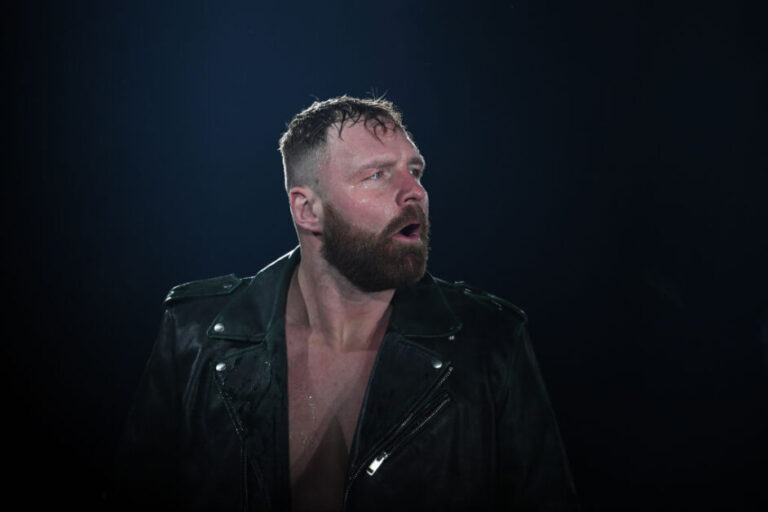 AEW Dynamite kicked off with the ultimate Jon Moxley promo.

The best wrestlers know how to work a crowd and connect with them on an emotional level. Understanding this explains why Jon Moxley is such a popular figure among wrestling fans. As well as being a talented in-ring performer, Moxley has the charisma to engage audiences with his ability to tell a story on the microphone.

At last night’s AEW Dynamite show, Moxley came back to a rapturous reception after taking time away to confront personal demons. He had taken a few months away from the ring to get sober. A relapse saw him enter an inpatient alcoholic treatment program in November.

Looking thinner and sporting a healthier glow, the result of Moxley’s demonic fight was written all over his appearance. However, it didn’t tell the whole story. Moxley, taking a mic into the ring with him, filled in the blanks for the adoring onlookers who followed his every word.

A charged Moxley paced around the ring frantically. After all, this promo wasn’t related to some kayfabe character storyline. It was Moxley’s lived experience. It was his trauma.

He recalled a bad dream he had in which he encountered a demon in the form of a black cloud.

The analogy described the self-loathing within a person suffering from addiction and struck a chord with viewers in the arena and watching at home. The comments underneath the verified AEW YouTube clip of this moment included many fans sharing their own experiences with addiction.

Moxley went on to talk about the scars that people carry, be they physical or psychological, saying that we should ‘be proud of’ them and that they ‘tell our story’: “Nobody, no matter who you are, should be afraid to step in front of the whole world and bare it all. Everything that makes you the person that you are, scars and all, and say, ‘Hey! This is me!'”

Moxley sends a message to his enemies

Moxley soon turned his attention back to the demon, telling him to take all his negativity and stick it where the sun didn’t shine. A thank you to his supporters followed, and then a vow to make 2022 his year.

He finished with a message to the locker room: “If there’s anybody in AEW, anybody all around the world that thinks they can put me through more hell than I’ve already been through, know this: I’m thirsty. You thought I was dangerous before? S**t – these days, all I drink is blood!”