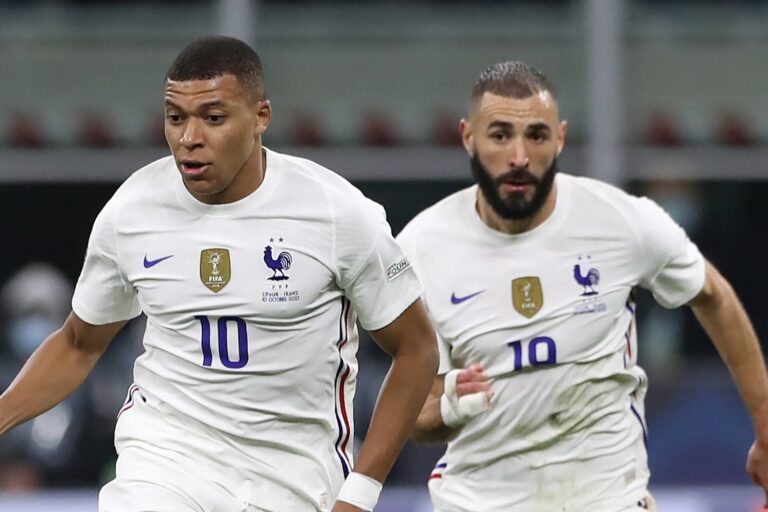 Karim Benzema has confirmed that he wants to play alongside Kylian Mbappe at Real Madrid in the future.

The 33-year-old has been lighting up La Liga for well over a decade now and isn’t showing any signs of slowing down. For both club and country, he’s been an ever-present feature and while some believe he’s entering the final stages of his prime, others think he could keep going for quite a few more years yet.

If he does so then he’ll likely remain in Madrid which is where he’s resided since making the move over to the Bernabeu from Lyon in 2009. Back in those days he was a fresh-faced youngster who was ready to make an impact on the world stage – and the same could probably be said in 2021 for Kylian Mbappe.

Even though he’s been making history ever since scoring in the 2018 World Cup final, Mbappe still has an incredible amount of potential at the age of 22. His success for Paris Saint-Germain as well as the French national team speaks for itself but as we all know, nothing lasts forever – and there have been plenty of rumours circulating for a while now that PSG’s wonderkid may opt to switch tracks to Real Madrid next summer.

One man who would be in favour of that, unsurprisingly, is his fellow countryman Karim Benzema.

Karim Benzema to Deported RTVE: “Do I want to play with Kylian Mbappé at Real Madrid? I've said it before, and if you want, I'll say it again. Of course, one day”. ⚪️?? #RealMadrid #PSGpic.twitter.com/DD0Irp6Kxr

“Do I want to play with Kylian Mbappé at Real Madrid? I’ve said it before, and if you want, I’ll say it again. Of course, one day”.

In the present day, though, a big ten days lie ahead with Shakhtar Donetsk in the Champions League and Barcelona in La Liga on the horizon.