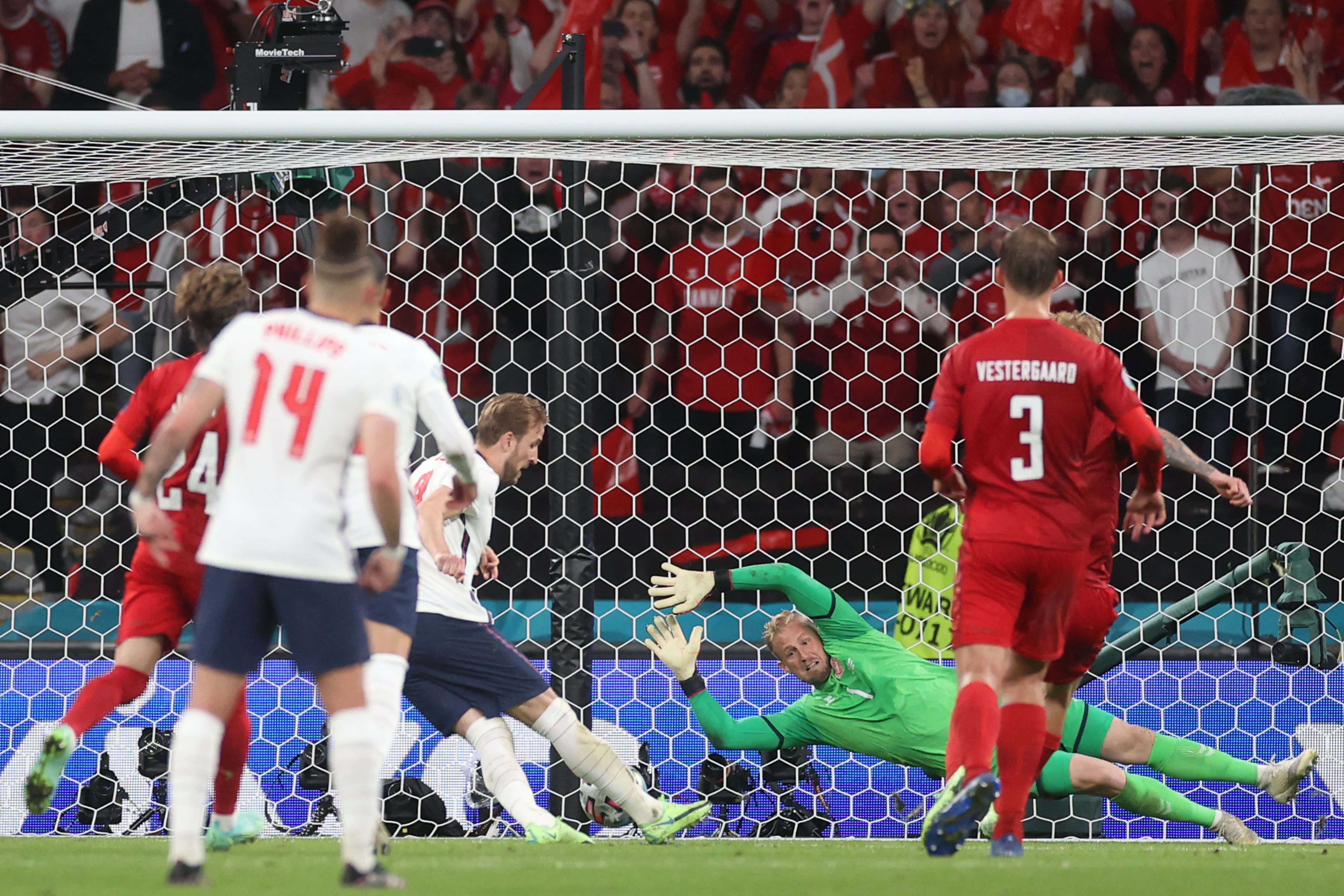 Kasper Schmeichel has revealed that a laser from the crowd was shone on him even before Harry Kane’s penalty in England‘s semi-final victory over Denmark.

TV footage showed the laser being shone in the Denmark goalkeeper’s face shortly before Kane took the penalty.

Schmeichel saved the initial spot kick, but could not keep out the rebound.

UEFA announced yesterday that England would be charged over the incident.

In addition, they have been charged with causing a “disturbance” during Denmark’s national anthem prior to the match, as well as setting off fireworks.

A statement from UEFA read: “The case will be dealt with by the UEFA Control, Ethics, and Disciplinary Body [CEDB] in due course.”

Schmeichel has now revealed that the laser didn’t put him off before the penalty as it was behind him, but said he did notice it in the second half.

He explained that he told referee Danny Makkelie about the incident.

He told the Danish media: “I did not experience it on the penalty kick because it was behind me on my right side.

“But I did experience it in the second half.

“I told the referee. And he went to say something to one of the other officials.”

Despite the Denmark defeat, Schmeichel was one of the game’s star performers as he made multiple important saves.

He kept out Harry Maguire’s goalbound header in the second half, and from Kane’s low driven shot early on in extra-time.

The Danes took the lead on the night through Mikkel Damsgaard’s powerful free-kick, before a Simon Kjaer own goal levelled proceedings nine minutes later.

The game ended with the scores at 1-1 in normal time, with Kane’s rebound finish from the missed penalty ultimately the goal that decided the game.

England take on Italy in the final of Euro 2020 on Sunday at Wembley, with kick-off at 8pm.