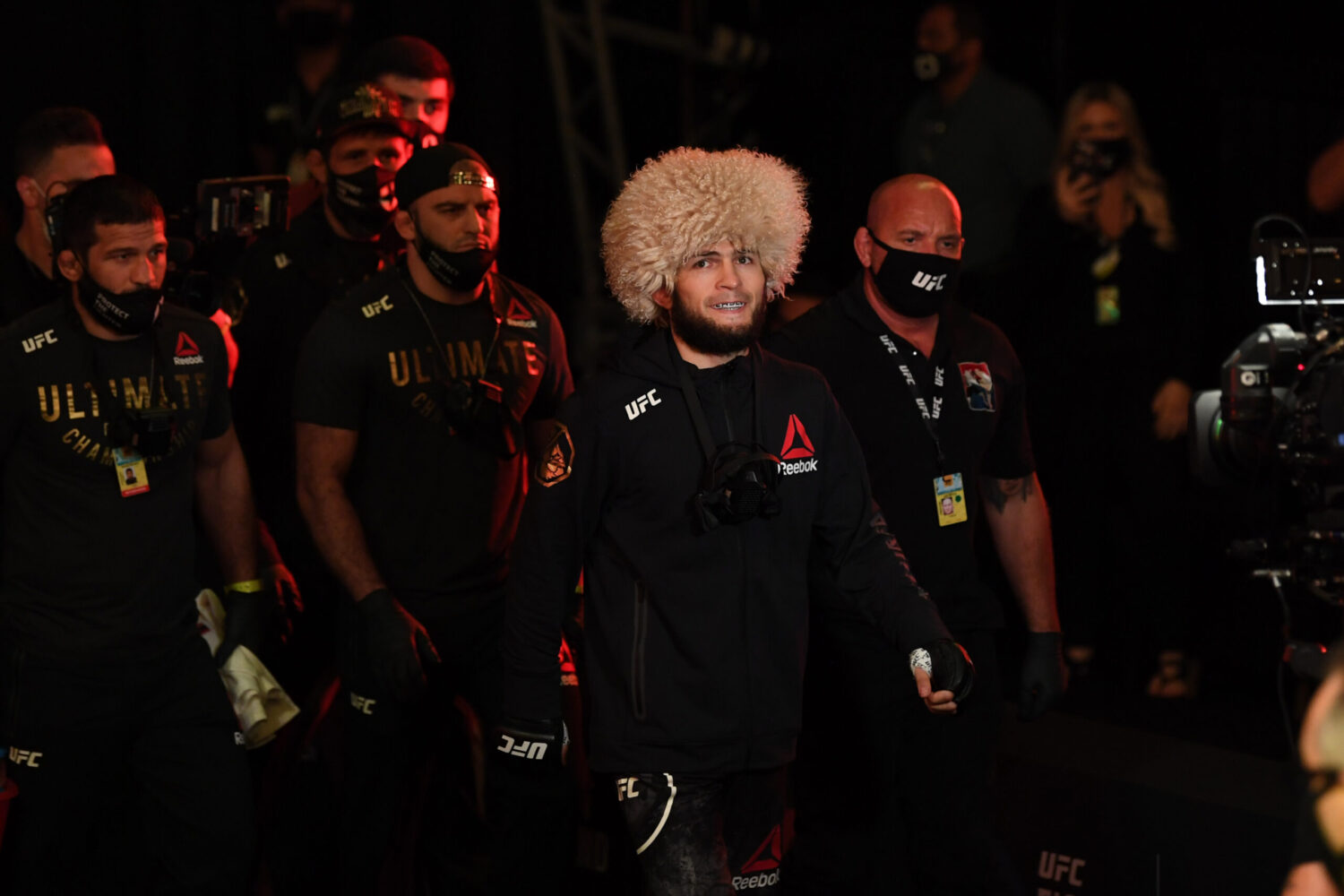 Khabib Nurmagomedov has seemingly shut down any hopes of a potential superfight between him and Georges St-Pierre.

Khabib announced his retirement from the UFC following victory over Justin Gaethje last October, though hinted he could be tempted back to the octagon should he see a worthy challenge.

Rumours had began to circulate that a bout between him and UFC legend, St-Pierre could be just the thing.

However, Nurmagomedov appears to have ruled out any plans for that happening, making a UFC return seem even less likely for the Russian.

“When you say Georges St-Pierre, that name really motivates me,” Nurmagomedov said during an interview with Magomed Ismailov (via MMA Fighting).

“GSP really makes me excited and so on but it’s all over, brother. He’s 40 years old. Let’s just leave it. For sure we like him as a human being. He is the legend. He is the decent representation of mixed martial arts. Let it be like this, there’s GSP and Khabib.”

What sparked the rumours?

Talks of the superfight have been around for some time, but had picked up pace following comments made by former featherweight title challenger Kenny Florian, who claimed GSP had been preparing for a comeback fight.

The claims came during an episode of the Anik and Florian podcast, citing information from a “well-known coach.”

Kenny Florian said that he heard from a well known coach that Georges St-Pierre is getting ready for a fight with Khabib. pic.twitter.com/ZJIz5qKt0U

“And for me, I think the only fight that Khabib Nurmagomedov would come back for would be against a legend of that kind of stature, a guy who did many of the similar things that he did, and you can kind of build it as a fight between two of the biggest takedown monsters in UFC.”

With all that being said, could we really have already seen Khabib’s final appearance in the octagon?