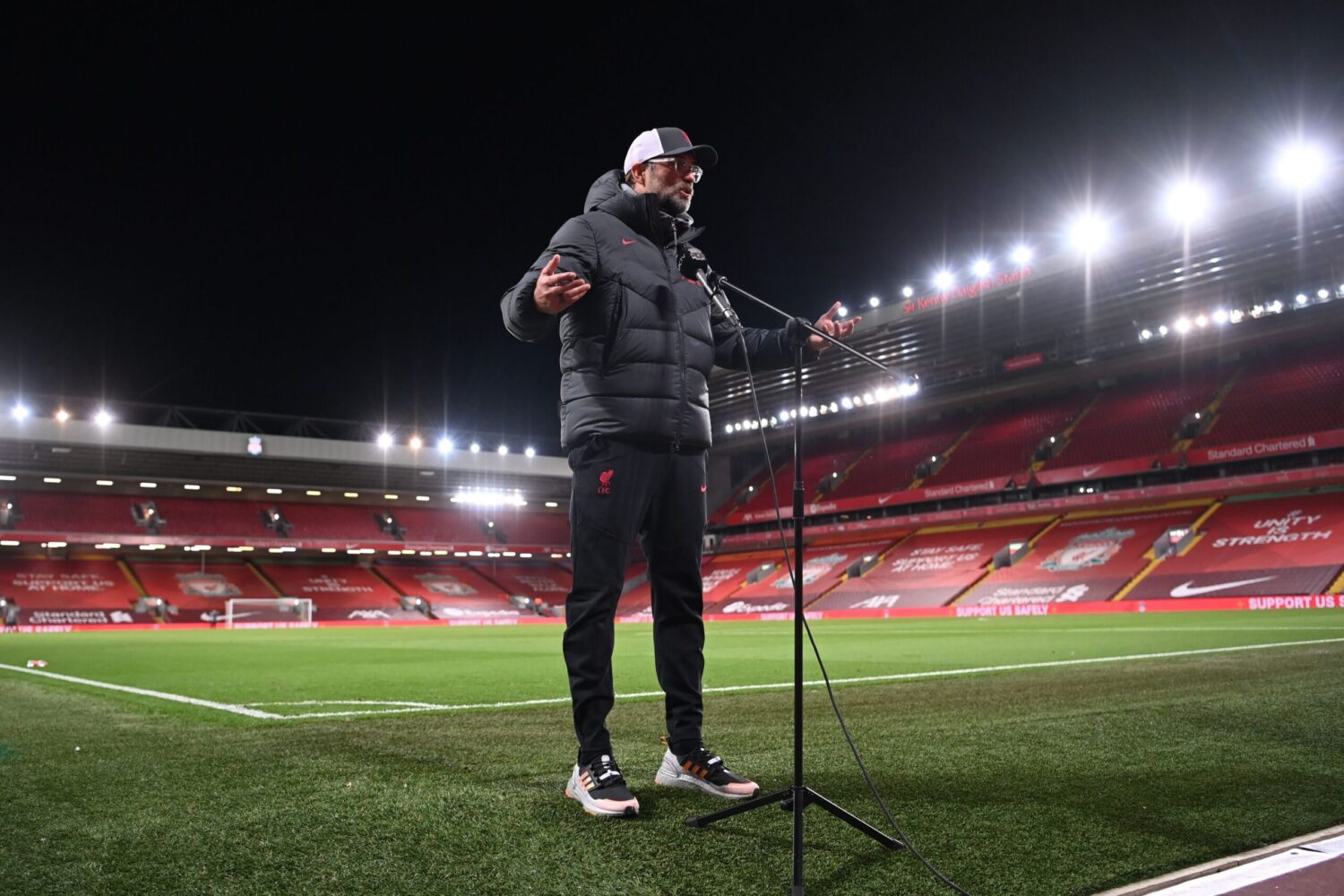 It’s becoming quickly apparent that the footballing schedule simply isn’t manageable for teams around the world, with serious injuries being suffered near enough every match.

We’ve heard a number of managers speak out against this solution of cramming as many games in as possible and Jurgen Klopp is the latest to have his say.

Klopp’s side have been hit particularly hard, with an injury list that would make up a decent starting 11. After losing Naby Keita with what looked like a hamstring injury last night against Leicester, the manager hit out at broadcasters in a segment of interview that wasn’t aired by Sky in the UK.

“It was never about us when I talked about it, it was about all the players. If you don’t start talking to BT [Sport] we are all done,” he told Sky Sports.

“Sky and BT have to talk because if we keep playing on Wednesday and Saturday [at] 12:30, I’m not sure if we will finish the season with 11 players.

“I know you [the broadcasters] don’t care and that’s the problem. We’ve discussed it for a long time and nothing’s happened.”

Jurgen Klopp on injuries and the broadcasting schedule.

This part of his interview wasn’t aired by Sky, probably because he was speaking absolute facts.

Klopp continued: “I don’t talk about Liverpool, I talk about all the football players out there. Yesterday, [Gerard] Pique massive knee injury. Today, [Bukayo] Saka, maybe, I’m not sure, a knee injury – he played all three games for England during the international break.

“It’s a massive problem. Wednesday and Saturday 12:30 is a broadcaster problem and nothing else. We play against Atalanta on Wednesday and then 12:30 [Saturday] against Brighton. It’s an early Christmas present. We will show up there shaking. I think about sending the points. That’s how it is.

“Gentlemen, start talking and making decisions. I like the relationship with you. If someone tells me again about contracts I’ll go really nuts. Because these contracts aren’t made for a Covid season.

“We all have to adapt. Everything’s changed, but the contracts with the broadcasters is still: ‘We have this, so we keep this’. What? Everything changed, the whole world changed!”

Of course it isn’t just the Liverpool manage who has taken issue with the current schedule. Pep Guardiola and Ole Gunnar Solskjaer have both hit out in recent weeks about the unreasonable demand on players.