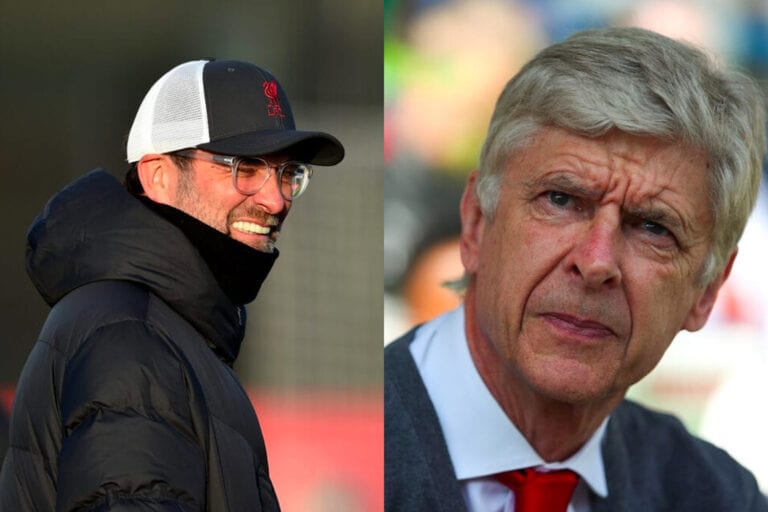 Jurgen Klopp and Jurgen Klinsmann are currently the joint favourites to become the next Germany manager.

Joachim Low announced this morning that he is to step down from the role after the conclusion of Euro 2020 in the summer.

Klopp stated this afternoon, however, that he is “not available” to take over from the 61-year-old.

As of 15:20pm GMT, both Klopp and Klinsmann were listed as 5/1 joint favourites for the job. However, the market is constantly shifting with each new comment.

Klinsmann was Low’s predecessor as Germany manager and stepped down from the role after the 2006 World Cup.

The 56-year-old has since had short spells at Bundesliga sides Bayern Munich and Hertha Berlin, inbetween a five-year stint as manager of the United States.

Here are the current favourites for the Germany job:

Klopp is currently in the midst of his worst spell as Liverpool boss, with his side having lost their last six Premier League home games.

But given his domestic and continental success with the Reds, the 53-year-old would surely be amongst the frontrunners that the DFB would consider to take charge of their national team.

However, Klopp’s insistence that is he is not interested in the role suggests that his current odds will soon lengthen.

Ex-Germany boss Klinsmann has been out of work since leaving Hertha Berlin in February 2020.

He only lasted three months in the role, recording three wins from his 10 games in charge.

His five-year spell in charge of the United States saw him guide the team to qualification for the 2014 World Cup, but he was sacked in 2016 with the US bottom of their qualifying group for the 2018 edition.

He guided Germany to the semi-finals of their home 2006 World Cup, but then declined to renew his contract following the tournament. Could the 56-year-old be set for a second spell in charge of his national side?

Former Germany international Stefan Kuntz has spent four years in charge of Germany’s under-21 side.

As a player, Kuntz recorded 25 caps for Germany, and never lost a game. He played an important role in his country’s triumph at Euro 96.

The 58-year-old took charge of Germany U21 in 2016, and his side won the UEFA European Under-21 Championship a year later.

As seems to be the case with top international jobs in recent years, Arsene Wenger is amongst the favourites with the bookmakers.

The Frenchman hasn’t managed since leaving Arsenal at the end of the 2017/18 season, and has since taken up a post as FIFA’s Chief of Global Football Development.

Whether he would be willing to return to football management at this time remains to be seen.

Julian Nagelsmann, currently in charge of RB Leipzig, has won plaudits across the world for his style of play and ability to bring through young players throughout his management career.

Last season, he guided Leipzig to the semi-finals of the Champions League.

But, like Klopp, the 33-year-old has ruled himself out of taking the national team job.

Below Nagelsmann in the running are the likes of sextuple-winning Bayern Munich boss Hansi Flick (10/1) and former Leipzig sporting director Ralf Rangnick (12/1).

Hummels produces ridiculous outside foot pass to set up Gnabry

Hummels produces ridiculous outside foot pass to set up Gnabry