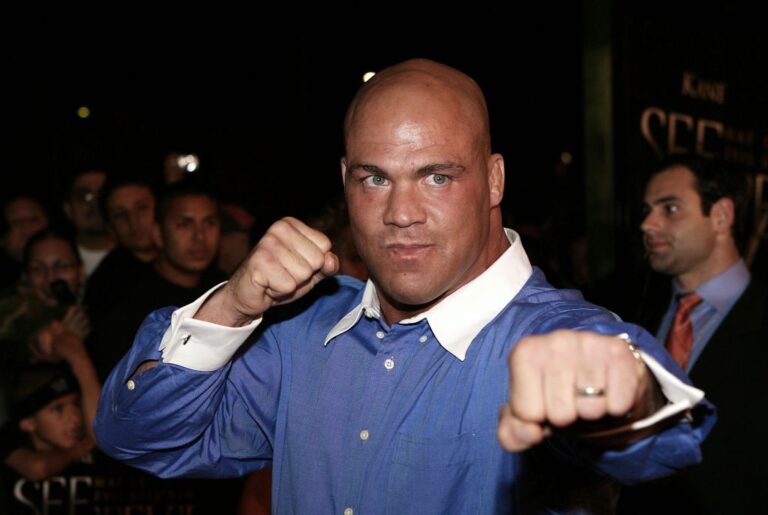 Kurt Angle has revealed which four WWE superstars deserve their place on his hypothetical Mount Rushmore.

‘The American Hero’ has undoubtedly cemented his spot among the greatest performers in wrestling history. After winning an Olympic gold medal at the 1996 Atlanta Olympic Games, fans knew he could perform. But they had no idea that he’d have the charisma on the mic to captivate a generation.

After bagging five world titles, he proved he could operate at the highest echelons of the sport. Furthermore, his feuds with John Cena and Triple H have gone down as the stuff of legend. Even after his time as an elite competitor ended, he continued to provide interesting storylines through his role as the Raw General Manager.

Therefore, it’s fair to say that he knows a thing or two about wrestling, which makes his opinions extremely valid. Since 1996, he’s performed alongside some of the greatest to ever do it. But in a recent conversation, he revealed which superstars rode the cream to the top of the coffee cup.

During the latest edition of ‘The Kurt Angle Show,’ the 53-year-old discussed all the athletes he’s worked alongside and which stand out from the pack. He named three former headliners and a current star who’s still carving out his legend.

Angle said: “I wouldn’t put AJ up there by himself. I think Shawn Michaels, and Chris Benoit, and Eddie Guerrero deserve to be up there too, but AJ is definitely in my top three or four. He proved that to me every single time he went out there and worked with me. He impressed me every time.”

Both Michaels and Guerrerro have earned their place in the hearts of fans around the world. In contrast, Benoit has been written out of the history books after police concluded that he had murdered his wife and son. However, before the harrowing incident, his colleagues deemed him one of the most talented performers of all time.

His inclusion of Styles, the only active WWE star on the list, is a testament to the ‘Phenomenal One’s’ fantastic in-ring ability. Although he’s operated in an arguably weaker era than the other men on the list, his talent has shone through and has no doubt secured him a future induction into the Hall of Fame.