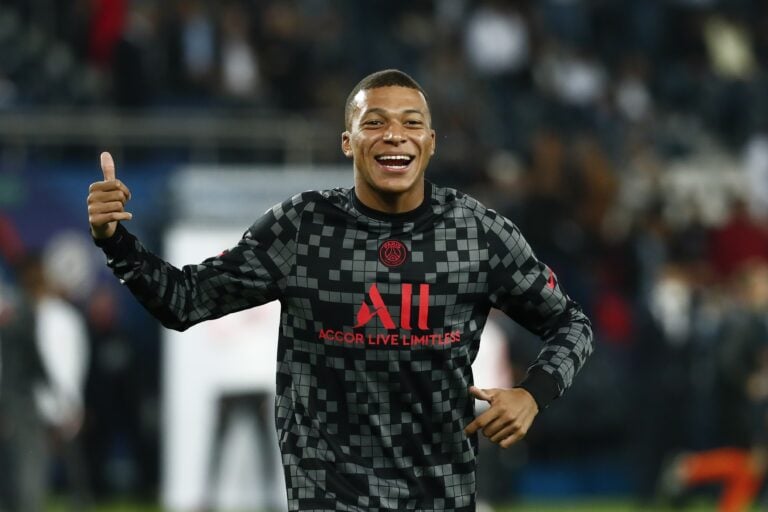 Even in a summer where both Lionel Messi and Cristiano Ronaldo changed clubs, the transfer saga involving Kylian Mbappe and Real Madrid has still dominated many a back page.

For many, it’s a case of when, not if, Mbappe makes what appears to be a dream move to the Bernabeu.

On the face of it, that seems the most likely scenario to occur before the end of next summer. Mbappe is already into the final 12 months of his current Paris Saint-Germain deal, with no sign of an extension as of yet.

Real can enter immediately into pre-contract negotiations on January 1, at a time when Mbappe enters the final six months of his deal at the Parc des Princes.

They could get a move done later in the year, or PSG could even tempt Mbappe to stay at the club and tie him down to a new contract.

How did the situation come to this, and when could we see it resolved? Here’s a closer look:

In 2017, Real Madrid reportedly had an agreement with Mbappe for the then 18-year-old to join the club from AS Monaco.

Daily Record writer Duncan Castles claimed that once Mbappe realised that Real president Florentino Perez wanted him to replace Cristiano Ronaldo, he backed out of the move and instead joined PSG, initially on loan.

Les Parisiens went on to sign the forward permanently a year later – and Mbappe’s rise would continue to be meteoric.

In November 2019, PSG and Real faced off in the group stage of that season’s Champions League.

Prior to the game, Los Blancos manager Zinedine Zidane said he was “in love” with Mbappe – and even admitted that he had a trial with the club “a long time ago”.

Real forward Eden Hazard then said he wanted Mbappe to join him at the club, before claiming that he would become the best player in the world in a few years.

With his current deal about to enter its final 12 months, Mbappe revealed in April that talks between himself and PSG over a new contract had not progressed.

He told French outlet RTL: “If it had progressed, I would have come to talk about it already.”

The quotes came amidst rumours that Real were planning on selling six players in the summer to fund the transfers of Mbappe and Erling Haaland.

Back in May of this year, French journalist Hadrien Grenier tweeted part of an article from Le Parisien, which claimed Mbappe was “very tempted” to move to either Real Madrid or Liverpool.

The extract read: “Kylian Mbappe is very tempted by a departure since 2019. The thing is as follows: he loves PSG, but he would see himself at the same time at Liverpool or Real Madrid, clubs which attract him given their prestige.”

As the transfer window edged to its conclusion, Los Blancos firmly stepped up their interest in the French striker.

They saw two bids rejected, before launching an astonishing bid of £171.7 million to sign Mbappe on deadline day, which was also turned down.

PSG sporting director Leonardo had told RMC (quotes via Get French Football News) earlier in the month: “We have not had much public communication on all that, but our position has always been to keep Kylian, to extend his contract, that has always been our aim and that is still the case.”

Mbappe publicly admitted in an interview with L’Equipe that he told PSG in July that he wanted to leave so that the club could receive a transfer fee and secure a replacement.

“I did not appreciate the fact that they said I came [with the news he wanted to leave] in the last week of August. I said at the end of July that I wanted to go,” he said, before adding that he wanted “everyone to come out of this stronger”.

October 2021 – Perez looks ahead to January, then clarifies comments

On the same day that Mbappe’s interview was published, Real president Florentino Perez made the following comments to El Debate: “In January we will have news from Mbappe. We hope that on January 1 everything can be solved.”

He later clarified in an interview with RMC: “My words were misinterpreted. What I said is that we have to wait until next year to hear from you, always with respect for PSG with which we have good relations.”

Will Real secure a pre-contract agreement with Mbappe in January or in the summer – or could the forward end up staying at PSG? This story will surely rumble on throughout the coming months as both clubs look to find the best solution.