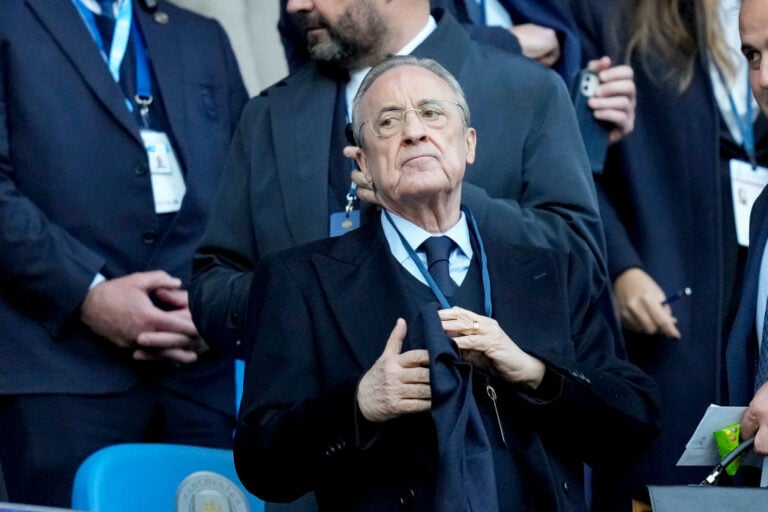 After a season of reports that he was ready to leave Paris Saint-Germain for Real Madrid, Kylian Mbappe performed a late U-turn. The French forward decided against moving to Spain for free in favour of signing a bumper new PSG contract.

The alleged perks of this contract are beyond belief. La Liga president Javier Tebas called the deal an ‘insult to football’ and claimed that PSG was as big a threat as the Super League. He isn’t the only one to react with fury to this development.

Mbappe and Real Madrid president Florentino Perez exchanged WhatsApp messages after this decision came to light. Marca published the quotes that were initially revealed by Josep Pedrerol, the host of the football chat show El Chiringuito. Mbappe wrote: “Mr Florentino Perez, I am informing you that I have decided to stay at PSG.

“I want to thank you for the opportunity you have given me to play for Real Madrid, the club I have been a fan of since I was a child. I hope you will be understanding with my decision. Good luck in the Champions League final.”

Perez reportedly reacted to this news by writing: “They have broken the dream that you had since you were a child.” This comment references the well-publicised desire Mbappe supposedly had to play for Madrid. It even featured as a plotline in a comic that the player helped to produce. That dream has been put on the backburner for another three years.

Madrid miss out on main targets

The two most wanted strikers in Europe, Erling Haaland and Mbappe, both made big transfer decisions before the window opened. Madrid were linked with Haaland but prioritised the Mbappe pursuit. Now that Haaland has moved to City and Mbappe is staying at PSG, the rumour mill is whirring to find a player to link with Madrid.

Mohammed Salah is yet to sign a new contract at Liverpool. It’s possible Madrid could swoop in and make him and the club an offer they can’t refuse.

Barcelona are supposedly on the brink of signing Robert Lewandowski. However, Madrid could complicate that process with a last-minute gazump attempt.