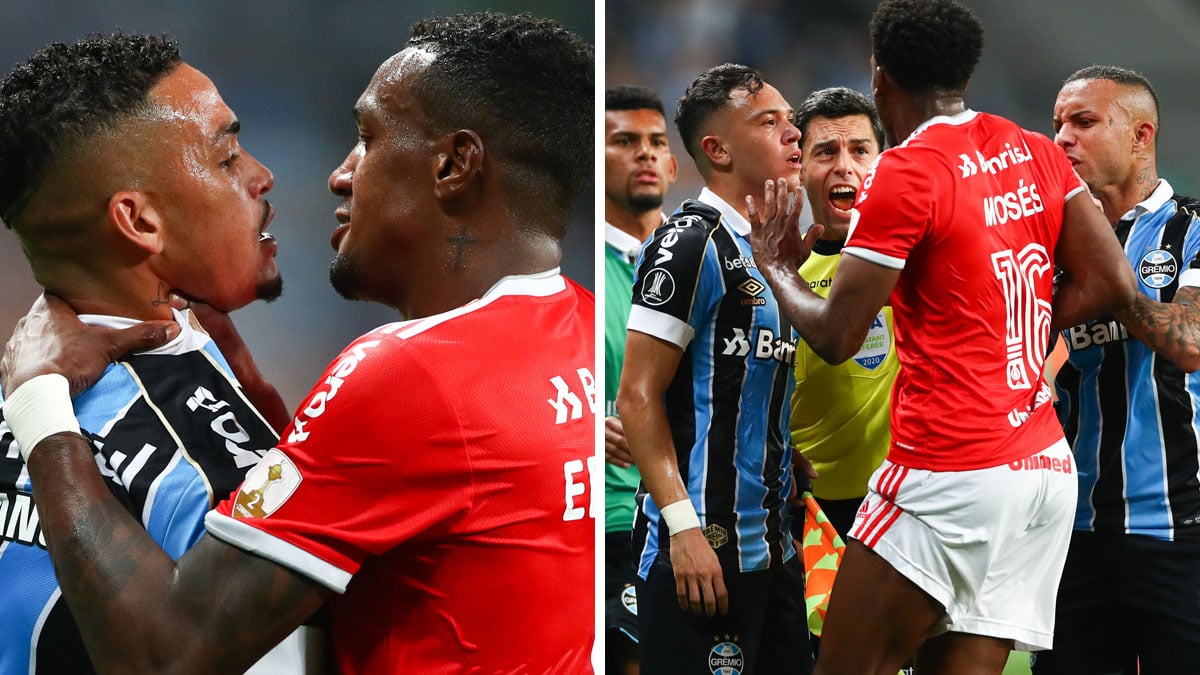 The Copa Libertadores clash between Gremio and Internacional descended into chaos after a mass brawl broke out during the later stages of the match.

With the game tied at 0-0 in the 88th minute, both sides confronted each other with players, substitutes and coaching staff all getting involved in the hectic scenes.

The game ended 0-0 though it’s hard to imagine anyone was really thinking about the final score all things considered.

The eight red cards broke the record for the most shown in a single match in the history of the Copa Libertadores.

Both clubs are unsurprisingly reportedly set to face heavy repercussions for their roles in the brawl.

The South American competition has since been suspended due to the Coronavirus outbreak, joining most major leagues across Europe.

“Committed to the prevention of COVID-19 and faced with the risk of its spread, and to safeguard delegates, referees, officials, press and fans, (CONMEBOL) has taken the decision to suspend the 2002 Copa Libertadores matches in the week of March 15-21,” the governing body said in a statement.