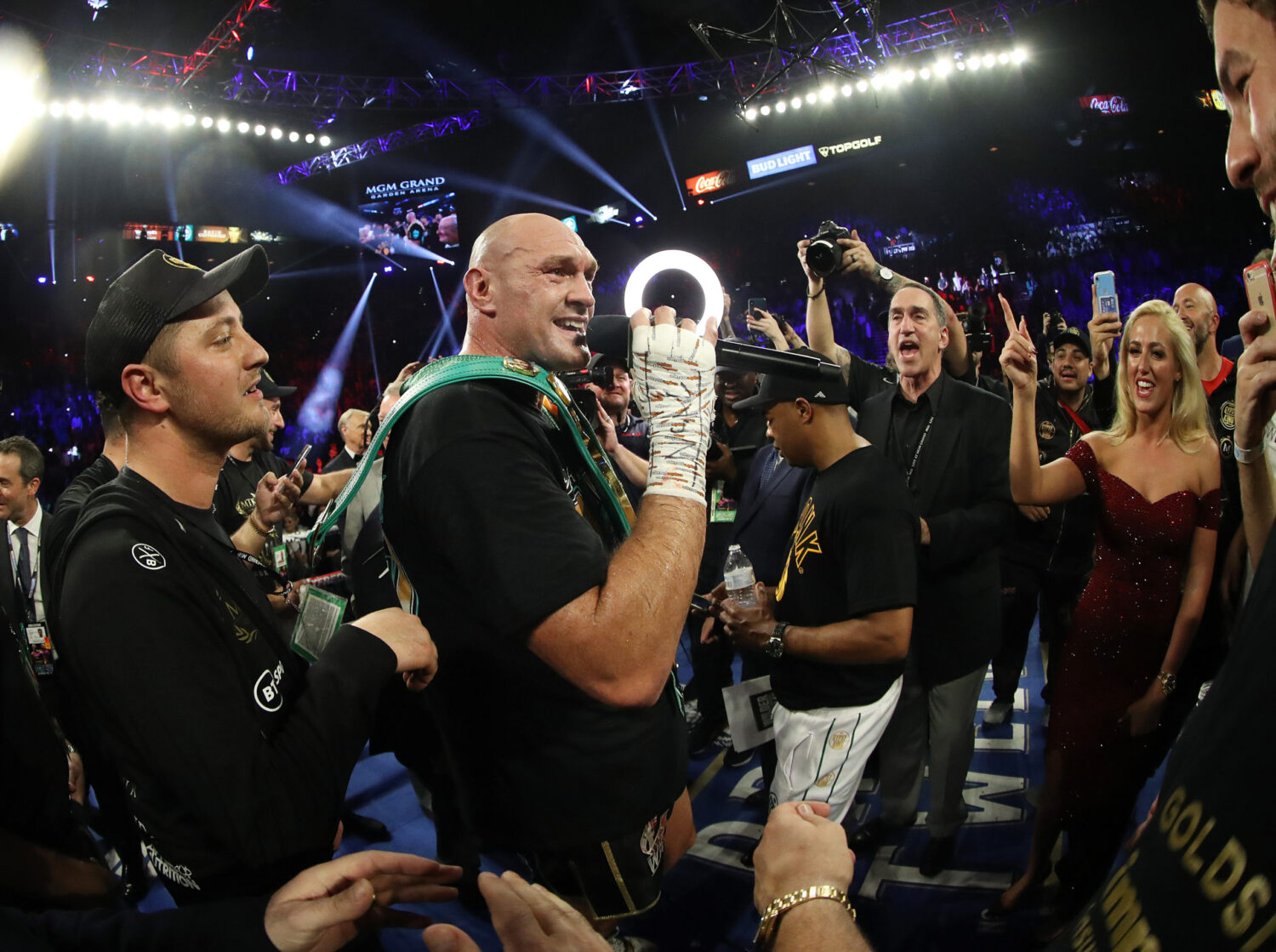 Tyson Fury is sitting firmly atop the heavyweight division right now after his emphatic victory over Deontay Wilder in February.

The Gypsy King now has some big decisions to make regarding who he faces over the coming year.

We already know Wilder triggered a rematch clause for a trilogy fight, which is expected to take place in July.

Following that Fury has two fights remaining on his contract and WBC president Mauricio Sulaiman has said the Manchester fighter is effectively free to face anyone.

The lineal champ’s promoter Bob Arum has suggested Tyson will be targeting bouts with Anthony Joshua and Dillian Whyte.

Speaking to World Boxing News, Arum said: “I agree with WBC President Mauricio Sulaiman and what he has said regarding Tyson Fury.

“Fury will fight Wilder in July. He could then possibly fight the Anthony Joshua vs Kubrat Pulev winner in November. Then Dillian Whyte in February. Why not?”

Mauricio Sulaiman recently said on Fury’s future: “Tyson Fury is a new champion. He has one year to do any fights he wishes to contract on a voluntary basis.

“Now, Fury apparently has a rematch agreed with Wilder, but can fight Dillian Whyte or he can fight Anthony Joshua. He can fight any opponent, as I mentioned.”

“We knew that when Wilder exercised that rematch clause that fight [against Fury] was going to take place. We understand he wants to win his belts back but the great thing is that fight will take place in July.

“We box in June so now our intention – and those conversations are now ongoing – is to finalise the Fury v AJ fight for December this year.

“There’s no reason why we can’t get that contracted now subject to both guys winning in the summer. The undisputed fight must happen in 2020.”