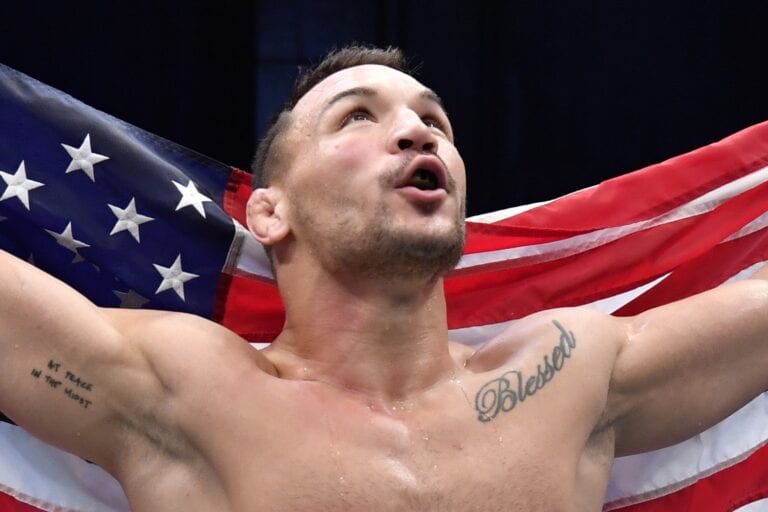 The two top contenders will meet on May 15 at UFC 262, finally giving the 155-pound division some clarity. It comes on the same day that news broke of Khabib Nurmagomedov’s decision to officially stay retired, despite repeated attempts from White to talk him out of it.

The title shot marks the culmination of an incredibly long journey for both men to get to this point. Chandler fought for years in Bellator before getting his shot in the UFC, and on his debut back in January, he made quite the impact by finishing Dan Hooker via TKO.

On the flip-side, Oliveira has pieced together an eight-fight win streak that includes victories over Kevin Lee and Tony Ferguson.

Alas, while there’s a great deal of excitement for this bout, there’s also a lot of confusion.

Acknowledging Khabib's retirement, Dana White tells @bokamotoESPN that Charles Oliveira and Michael Chandler will fight for the vacant lightweight championship at UFC 262 on May 15 ? pic.twitter.com/tHCZz2TQqj

That stems from the absence of Dustin Poirier. We can all assume the plan is for him to fight Conor McGregor in their trilogy showdown after ‘The Diamond’ defeated ‘The Notorious’ on the same night that Chandler beat Hooker.

The general expectation was that Poirier would either be given the title as a result of the win, or the third fight against McGregor would be for the lightweight crown.

Instead, the Louisiana native has been left out in the cold.

It could easily be true that Poirier was offered the title shot but instead opted for the money fight against Conor. However, you’d have thought Dana would prefer to make that be for the belt instead of Chandler vs Oliveira.

It’s a lot of information for UFC fans to get their head around in just a few hours. Still, if all goes to plan, we’ll have a new UFC lightweight champion when we all wake up the morning after UFC 262.