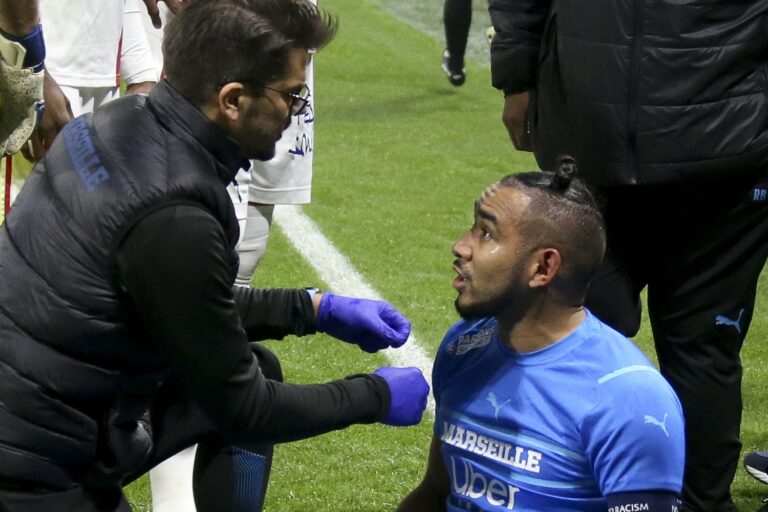 Ligue 1 has strongly condemned the scenes at Lyon vs Marseille after Sunday’s game was abandoned.

In the latest incident involving clubs in the French top flight, the Lyon vs Marseille clash was called off after just five minutes.

The league, alongside the proper authorities, will now investigate what happened, as well as decide what comes next.

What happened at Lyon vs Marseille?

Marseille’s Dimitri Payet was struck by a bottle thrown from the crowd with just a few minutes gone. Payet left the pitch with an ice pack on his head.

The referee then sent both sets of players back to the dressing room. Afterwards, around two hours later, he abandoned the fixture.

“At a time when Ligue 1 Uber Eats is becoming increasingly attractive on the pitches, these serious and repeated incidents are destroying the image of the league in France and internationally.”

“After these new and extremely serious incidents, the LFP’s Disciplinary Commission will hold an emergency meeting on Monday.” 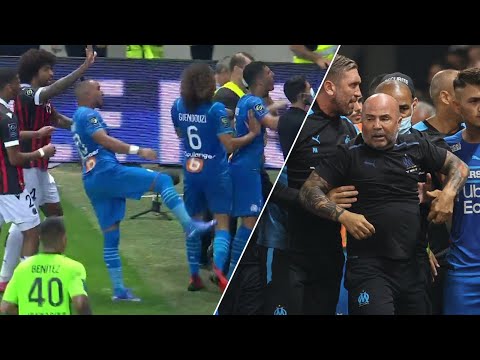 What other incidents have happened in Ligue 1 this season?

A parade of issues have arisen in Ligue 1 this season to raise questions about the overall safety of the league.

Firstly, Valentin Rongier was struck with a projectile during Montpellier vs Marseille.

Payet, meanwhile, was forced to dodge a water bottle in Marseille’s fixture against Nice back in September. He then threw it back into the crowd. That sparked scenes of chaos as Nice fans invaded the pitch. There was then a brawl between supporters and members of both teams.

A pitch invasion and brawl delayed the fixture between Lens and Lille by 30 minutes in early September. In addition, the incident forced riot police to intervene.

“These serious and repeated incidents are destroying the image of the league.”

Ligue 1 was once again embroiled in a crowd violence scandal after a water bottle thrown at Dimitri Payet led to Marseille’s game at Lyon being abandoned.https://t.co/R7Hq8DG9hN

In the game between Angers and Marseille, the home fans reportedly threw firecrackers towards the away end. Marseille fans stormed the pitch, and that game was delayed by 30 minutes. Bordeaux fans, meanwhile, were attacked before their game against Montpellier.

Were there punishments for these incidents?

Yes. Nice were given a two-point deduction, with one suspended, for their part in the incident against Marseille. They were also handed a three-game spectator ban.

Lens, meanwhile, were given a suspended one-point deduction. They were also forced to play two games behind closed doors. That was as a result of the pitch invasion and brawl during their match against Lille.

In addition, Lille and Marseille cannot have away fans in a ground until December 31. They were both given suspended one-point deductions.

Angers were given a €20,000 fine and forced to play two home games behind closed doors. That was after the incident during their game against Marseille.