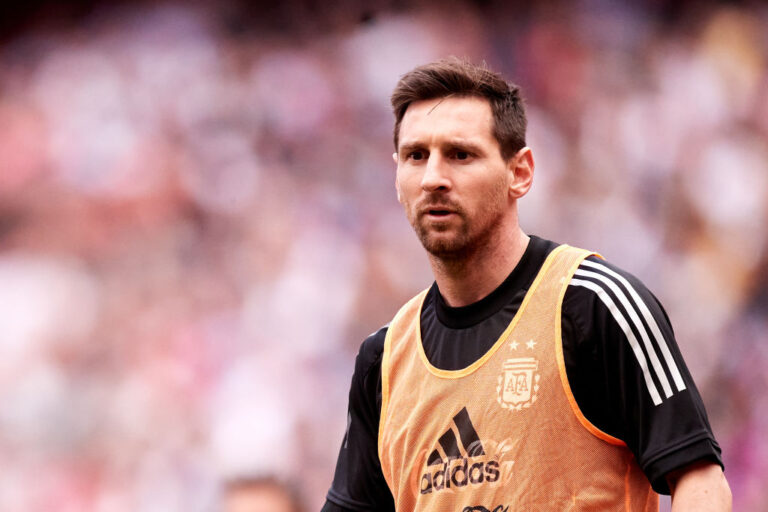 Lionel Messi has struggled to hit the ground running at PSG, but after contracting Covid-19, his already tough season took a monumental hit.

Throughout his career, the Argentinian sensation has cemented himself as one of the greatest players in footballing history. For years, he’s captivated fans with his ability to glide around the pitch as effortlessly as Torvill and Dean perform The Bolero.

During his sensational run at the Nou Camp, he racked up an incredible 474 goals in 520 appearances.

But in 2021, Messi exited Barcelona and made the switch to Ligue 1. However, he hasn’t managed to tear apart the French league in the way fans expected.

The 34-year-old struggled to find the net in the early days. He looked demoralised, missing home and desperately searching for a spark of magic.

But rather than finding that ever so needed strike of lightning in a bottle, he tested positive for the virus that ground a halt to sporting fixtures worldwide.

Messi tested positive for Covid-19 in January. He had to quarantine as a result, but missed games after his quarantine ended as the virus hit him hard. His body struggled to shake off the symptoms.

In an interview with TyC Sports (quotes via Reddit), he revealed: “The truth is that it hit me very hard. Symptoms very similar to most people I guess. A lot of coughing, sore throat, fever. It left a lot of after-effects. It left a lot of sequels on my lungs. I couldn’t train. I came back after like a month and a half and I couldn’t even run because it had affected my lungs.”

The urge to compete among sportspeople is unlike anything else. The fire inside them sometimes burns too bright to ignore. And Messi couldn’t resist.

He continued: “I didn’t panic, but well, they tell you so many things that they didn’t let me start training. I started before I should have started and that was worse. Because I accelerated the process it ended up hurting me, and I couldn’t take it any more. I wanted to go out to run, to train, and in the end it was worse. Then when I was halfway there, Real Madrid happened and that killed the team.”

His side’s shocking capitulation at the hands of Los Blancos left the footballing world in complete and utter disbelief. It truly put the cherry on top of the fillingless cake that was Messi’s season.

However, after so many years in one league, it’s no surprise that he struggled to adapt instantly. But with plenty left in the tank, and a phenomenal amount of talent at his disposal, there’s no doubt he’ll return to his brilliant best shortly.

Messi ended his 2021/22 Ligue 1 campaign with four assists and four goals in eight games, suggesting the magic is close to returning.