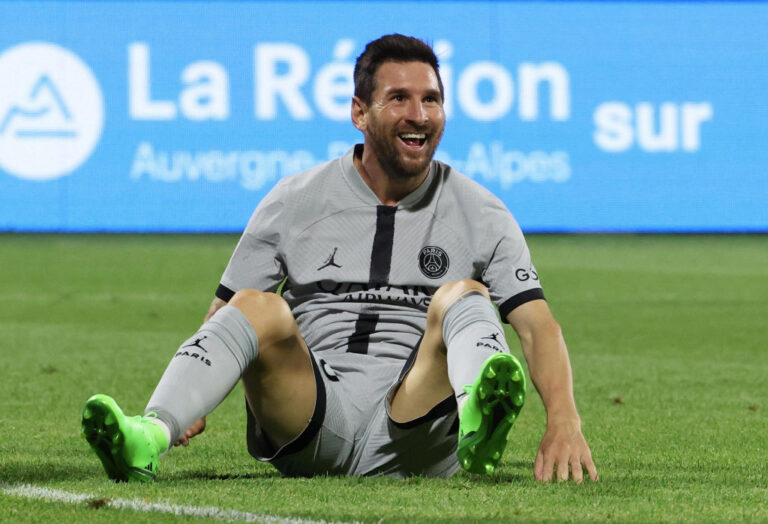 Lionel Messi added yet another record to his incredible career thanks to a goal at the weekend.

The Argentinian made history once more during PSG’s victory over Lyon on Sunday. Messi combined with fellow forward Neymar via a tidy one-two. PSG’s number 30 then curled a first-time shot into the back of the net from the edge of a box to put the visitors 1-0 up after five minutes.

However, Lyon bounced back with some chances of their own during the first half. Alexandre Lacazette went close, before Karl Toko-Ekambi drilled a shot fractionally wide.

After half-time, though, the momentum shifted back to Paris Saint-Germain. Lionel Messi nearly grabbed another goal, but his effort was cleared off the line. Further into the half, Les Parisiens forced a smart save out of Anthony Lopes following a flowing move and Neymar shot.

But PSG could still not put the game to bed. In injury time, a Messi free kick put Lopes into action once more, with Sergio Ramos eventually turning home a rebound. Unfortunately, the Spaniard was offside, so PSG left Lyon with a 1-0 victory.

Lionel Messi ultimately proved the difference maker thanks to his record-breaking goal. But what piece of history did the Argentine claim?

With his strike, Lionel Messi took the record of the most non-penalty goals in football history. He has now found the net – spot-kicks aside – 672 times. Impressively, the Argentina icon took the top spot in 150 fewer matches than second place, per The Mirror.

This makes for Messi’s third historic moment this week. During PSG’s Champions League game versus Maccabi Haifa on Wednesday, the maestro broke two UCL records. Firstly, he scored against his 39th different team in the competition; the most teams scored against by any player in the UCL.

Then, his strike against Haifa also saw Messi become the first-ever player to score in 18 consecutive Champions League seasons. Ahead of the international break, it has been a pretty good week for Lionel Messi.

As one of the all-time greats, Messi has an incredible number of personal accolades and accomplishments to his name. For instance, he is also the player with the most Ballon d’Or in history, winning the award seven times.

In addition, Messi holds the record for the most goals scored for one club. Whilst at Barcelona, the forward found the net an astonishing 672 times.

His most recent achievement sees him overtake a long-time rival.

Unfortunately, Cristiano Ronaldo lost his place at the top of the all-time non-penalty goal list. However, given that his 671 strikes sit just one behind Messi, this record could change hands repeatedly this season.

The Man United star has endured a quiet start to 2022/23. Ronaldo missed a chunk of pre-season due to family reasons, therefore has had limited minutes so far this season.

He has started once in the Premier League so far, and came off the bench on five occasions. Meanwhile, Ronaldo has started both of United’s group stage fixtures in the Europa League.

Portugal’s captain got his first goal of the season against Sheriff on Thursday, netting from the penalty spot. So, he did not keep level with Messi on non-penalty strikes.

Despite this, Ronaldo still holds bragging rights in several different categories. For example, Ronaldo is the all-time leading international goal scorer, with 117 strikes for Portugal.