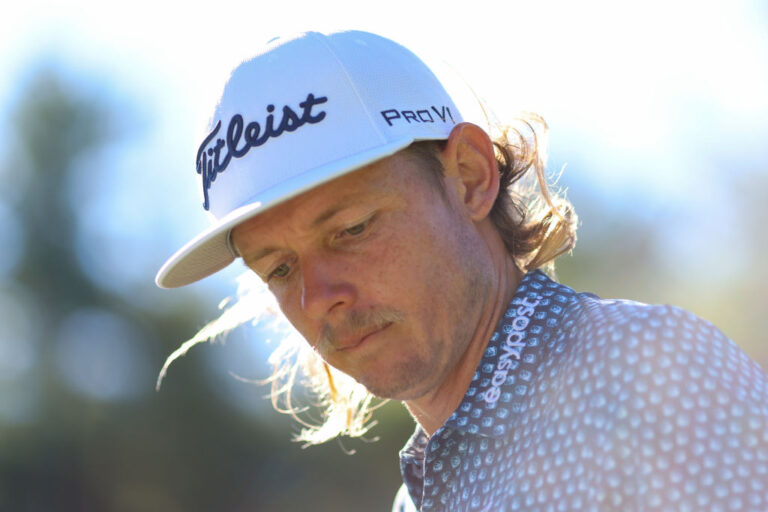 LIV Golf have taken eight players out of the tour to make way for Cameron Smith and others ahead of the next tournament.

Smith, who won the 150th Open in July, became the highest-ranked player on the PGA Tour to join the Saudi-backed league on Tuesday. As a result of his move, Smith is set to earn over $100 million, per Golf Monthly.

However, joining LIV Golf also means that Smith is currently unable to earn world ranking points. This is something that the Australian believes is unfair.

As the current world number two, Smith will be set for a swift decline down the rankings following his switch. But who else is joining him on the controversial tour?

LIV Golf announced six high-ranking players that will play ahead of their next tournament in Boston.

Alongside Cameron Smith is world No.19 Joaquin Niemann. The Chilean, who has two PGA Tour wins to his name, is the only other golfer in the top 20 that is joining out of the six.

Also switching to LIV Golf are Harold Varner III, Cameron Tringale, Marc Leishman, and Anirban Lahiri. All of these players rank in the top 100 in the world.

The six join a field of big names ahead of the tour’s next event, which is at The International, Boston, this weekend. Among those vying for victory are veterans Lee Westwood, Phil Mickelson, Ian Poulter, and Sergio Garcia, as well as former world number one, Dustin Johnson.

But the Saudi-bankrolled tour is brutal when it comes to cutting players. This week, LIV Golf cut eight golfers to make room for Cameron Smith and the other newbies.

The eight players that LIV removed

Following the last round at Bedminster, the tour took out eight stars to maintain the field size of 48.

This, therefore, means a total of 19 players have left the golf series in its first year, per The Mirror.

However, the money that these players have earned may soften the blow. For instance, Du Plessis has raked in over £3 million from his three LIV Golf appearances. Similarly, both Justin Harding and Jinichiro Kozuma have earned over £1 million from the tour.

These player field changes may prompt new plans from organisers ahead of next year’s tour. In July, LIV Golf suggested the inclusion of promotion and relegation, as well as qualifying tournaments, for 2023.

This would provide players outside of the 48 with a lifeline to get back on tour. Crucially, being removed from the tour is not the end. Any of the 19 stars currently out of LIV Golf can return for a later event.